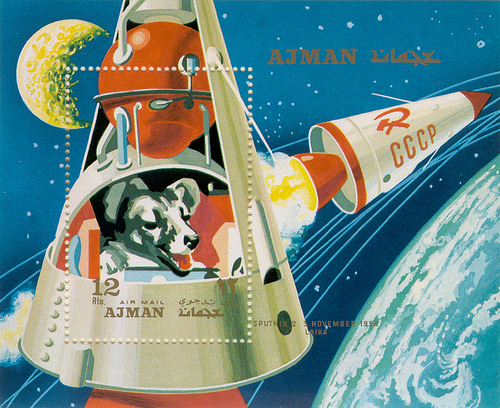 A technology pioneer, in 1957 Russia launched Sputnik 2 and Laika became the first animal to orbit the earth.

When the USSR collapsed Russia inherited over a thousand tons of weapons-grade uranium and a massive nuclear refining and fabricating infrastructure – 40% of world total. During the twenty year Megatons to Megawatts Program Russia will convert 500 tonnes of highly enriched uranium (HEU - uranium 235 enriched to 90 percent) from dismantled Russian nuclear weapons into low enriched uranium (LEU - less than 5 percent uranium 235) for nuclear fuel and sell it to the US. The terms of the Megatons to Megawatts Program also required that the HEU be converted to LEU in Russian nuclear facilities.

The United States established a government corporation - United States Enrichment Corporation (USEC) to purchase and transport the LEU to the US. Russia designated Tekhsnabeksport (“Tenex”) a commercial subsidiary of its Ministry of Atomic Energy (MinAtom) to implement their side of the program.

The Megatons to Megawatts program had, as of August 2011, down-blended 425 tonnes of HEU - equivalent to 17,000 nuclear warheads. The twenty year program to down-blend 500 tonnes of weapons grade Russian HEU into fuel for nuclear reactors will eliminate the equivalent of 20,000 warheads by the time it comes to an end in 2013. Nuclear warheads that were once on Russian ICBMs aimed at American cities are now providing 50% of the electricity produced by America's nuclear power plants.

A host of other countries plan to build nuclear capacity, or expand upon their existing nuclear power capacities - emerging markets such as Brazil, Saudi Arabia, United Arab Emirates, Turkey, and Vietnam as well as developed nuclear markets such as South Korea, Canada and France. Some believe that Germany’s decision to close all of its reactors will be reversed and the Japanese closing all of their reactors is unlikely.

The Megatons to Megawatts Program, according to the USEC, was supplying roughly 50% of the US’s LEU demand. Mining accounted for 8% with the rest coming from other sources (rapidly depleting utility and government stockpiles).

Unlike the Megatons to Megawatts program, the LEU supplied under this new contract will come from Russia’s commercial enrichment activities rather than from down-blending of weapons grade material.

Russia doesn't have a lot of domestic uranium, although the country does have almost half the worlds refining and processing capabilities. Russia is in the process of tying up uranium supply:

What conclusions can be drawn? Let’s consider the facts:

RBC Capital Markets believes there is not enough uranium production from current or planned mines to; satisfy current reactor needs, meet new reactor start up initial core requirements (3x normal load for startup), and to build inventories for new reactors. RBC estimate there will be a global uranium shortfall of over 70 million pounds by 2020 and the uranium market will require substantial new sources of uranium to fuel the projected growth in the global nuclear reactor fleet.

Richard Mills, author and host of Ahead of the Herd, is an active investor and commentator in the junior resource sector. Rick’s work covers the spectrum of company analysis and macroeconomics.