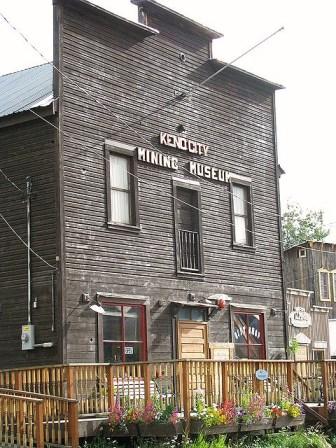 Famous for the Klondike Gold Rush, the Yukon Territory is a barren land with 35,000 inhabitants. Located in Canada's deep north, the Yukon yields an annual three to five month exploration window for mining companies. With summer coming to an end, drill results are pending and many miners are hoping to find the Yukon's next big discovery.

Once a mine is established operations are not limited to just a few months a year. Rather, production continues despite the cold weather. The Yukon holds the record for the coldest temperature ever in North America. On February 3, 1947, a temperature of minus 63 degrees Celsius was recorded at Snag, Yukon.

Despite the weather, the Yukon is the 10th most attractive jurisdiction for mineral exploration and development in the world and the first Canadian territory to ever reach the top 10 according to the annual Fraser Institute Survey of Mining Companies 2011/2012. In part because the Yukon government is very mining proactive through the Yukon Chamber of Mines.

The Yukon also has great geology and hosts significant deposits of gold, copper, lead, zinc, silver, tungsten, coal and iron. A little known fact is that one of North America's largest iron ore deposits is in northeastern Yukon: the total resource of the deposit is estimated to be in excess of eighteen billion tons of 46% Fe iron ore.

Mineral exploration in the Yukon has a long history of discoveries starting with the Klondike Gold Rush in 1897. The initial Klondike stampede was triggered by the arrival of over US$1,139,000 (equivalent to US $1 trillion today) in gold at northwestern American ports in July, 1897.

Newspaper reports of the gold and the success of the miners fuelled a nation-wide hysteria. Between 1897 and 1899 an estimated 100,000 people travelled to the Klondike region of the Yukon with the hopes of striking it rich.

Although the Yukon is famous for its Klondike Gold Rush, the Keno Hill silver deposit, discovered in 1918, actually produced more pay-dirt than the Klondike.

This lesser known but very rich precious metals district made the Yukon one of the world’s leading silver producers for decades - the Keno Hill District reportedly produced more than 217 million ounces of silver between 1921 and 1988.

Alexco Resource (Stock Profile - TSX:AXR & NYSE-MKT:AXU), with operations in Keno Hill, began production from their Bellekeno silver mine in 2011. Alexco’s work in Yukon is unique in that it includes advanced exploration, environmental care and maintenance for deposits mined in the past, and reclamation planning for past producing mines.