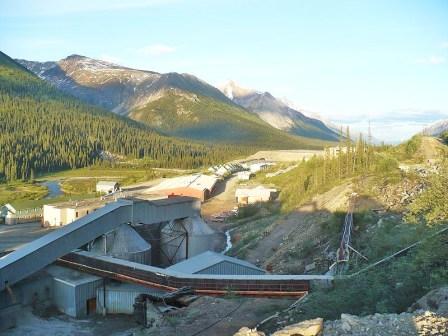 Located in the Northwest Territories adjacent to the Yukon border, North American Tungsten's Cantung mine produces 4% of the world's tungsten.

The latest Yukon discoveries to fuel rushes include the Selwyn Basin in 1953, the Finlayson Lake District in 1994 and the White Gold District in 2009.

Along the border of the Northwest Territories in the Selwyn Basin, you will also find North American Tungsten's (Stock Profile - TSXV:NTC) Mactung deposit. Just across the border is the company's Cantung mine. These two deposits are estimated to contain about 15 percent of the world’s known economic tungsten reserves.

The successful start-up of the Minto copper-gold mine by Capstone Mining (Stock Profile - TSX:CS & OTCPK:CSFFF) in the Yukon has given the territory a good reputation. In the case of Minto, Yukon’s processes were seen to be transparent and efficient with timely processing of permit applications. This demonstrated to many industry participants that the Yukon is a good place to develop a mine.

Capstone recently released a Phase VI Pre-feasibility Study extending the mine life to 2022 with an average of 40 million pounds of copper production per year. According to Capstone's CEO, Darren Pylot: "The Minto Mine has been very successful as the Yukon's first operating hard rock mine since the 1990's. It started operations in 2007 at 1,600 tonnes per day with an eight year mine life, and now, five years later, as a result of successful exploration this latest study and development plan extends the mine life to 2022 at a proposed production rate of 3,750 tonnes per day".

Currently, Minto's production rate is 3,600 tonnes per day. Concentrates from the Minto mine are exported via the Port of Skagway, Alaska, to smelters in Asia for treatment and sale.