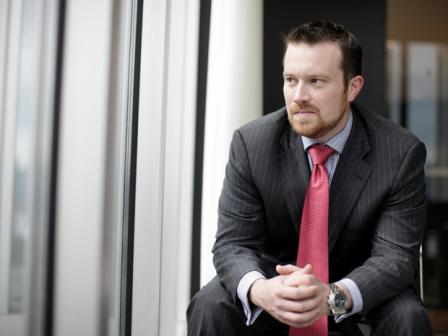 We had the opportunity to sit down with one of the youngest and most successful CEO’s in the mining business today, Nolan Watson, of the Sandstorm companies. Chosen as a Canadian “Top 40 Under 40”, Nolan has created billions in shareholder wealth beginning as a 26 year old CFO at Silver Wheaton (Stock Profile - TSX:SLW & NYSE:SLW). He currently appears to be repeating the same process at Sandstorm Gold (Stock Profile - TSX:SSL & NYSE MKT:SAND)

While his accomplishments are profound and deserve the highest of honors—they are merely a by-product of something deeper. It was our discovery that faith and conscience developed at a young age, are at the root, and are the secret of, Nolan’s success.

Apparently that was all the advice he needed, as Nolan Watson, the billion-dollar company builder as we know today, was reborn.

“It’s amazing what a sense of purpose will do for your motivation,” he said last November. “I had this sense, that if I wasn’t giving it my all—that people would die as a result of my lack of effort, [people] that could have been saved.”

It is our suspicion that Nolan plans to build the Sandstorm companies to a size in which his personal fortune allows an extraordinary investment into Nations Cry—a charity he and his wife Dana have created which focuses on sustainable education programs in developing countries.

While many view building and investing in mining companies as a way to create wealth alone, they appear to serve as a vehicle to further accelerate Nolan’s long-term humanitarian ambitions, and the best way you can build those vehicles according to him, is if, “You know what you’re doing, you act with integrity…you take a long term vision…and you’re not worried about quick flips.”

“There are things and absolutes that should guide conduct, and one of those things is integrity…[it] makes a difference in business. People view you as different than other[s] if you’re willing to not make money [by] doing the wrong thing,” and by adhering to that philosophy he added,“I think the mining industry is one of those industries where you can make a lot of money.”

Without further delay, in traditional long-form style, here is our interview with Nolan Watson, CEO of the Sandstorm Companies, valued at nearly $1 billion.