After 2 years of falls, potash prices have increased 6% since the beginning of the year.

After 2 years of falls, potash prices have increased 6% since the beginning of the year. Many expect that this upward trend will continue but there are some elements that could drive the price down again.

Potash is an important group of chemicals containing potassium, which are used predominantly (over 90%) in fertiliser production. Potassium is an essential nutrient needed for crops to grow. There are no alternatives, synthetic or natural, that can replace the nutrient that potash provides.

Most crops are grown in the northern hemisphere, and as the planting season gets underway, the topic of fertiliser use is getting more attention. Looking at global fertiliser prices we can see a slight rise and a couple of questions come to mind: Is fertiliser consumption finally seeing the revival that has been anticipated for many months? And, more importantly - is the upward trend of fertiliser prices going to continue?

The global demand for fertilisers is gradually increasing in line with the growing population and the consequential higher food consumption. Adding to that, the demand for biofuels has been rising faster in recent years, fuelled by concerns over the destruction of the natural environment and the desire to become more independent from the petrochemical industry. Fertiliser production is linked to biofuels because biofuels are produced from crops. For example, in the US bioethanol is mainly made from maize and in Brazil from sugarcane. Both crops rely heavily on the use of fertilisers.

The fertiliser industry has been suffering from a slowdown of global demand over the last two years, which caused potash prices to fall about 40%. The drop in demand has generally been associated with global economic difficulties, however in particular fertiliser producers were affected by lower import demand from China and India, both major potash consumers.

At the same time as general low demand, China increased its domestic production capacity and reduced imports as a result. Chinese potash production in 2013 is estimated to have increased 35% year-on-year, reaching 6m tonnes. Indian potash imports also decreased due to high stocks and government subsidies favouring the use of nitrogen-based fertilisers rather than potash ones. The latest news indicates that potash subsidies in India will be cut by as much as 20% after April this year, exacerbating the demand drop-off further.

In July 2013, the collapse of the Belarusian Potash Co triggered a significant fall in prices, a drop of more than 15% in a month. Two large potash producers, Russian Uralkali and Belarusian Belaruskali, ended their trading partnership and the less monopolised market situation increased competition between producers prompting a worldwide drop in potash prices.

Before the collapse, it was one of the two large partnerships that dominated the potash market. The other partnership is American Canpotex (a union between PotashCorp, Agrium Inc., and the Mosaic Company). Together Canada, Russia, and Belarus contribute to about 66% of global potash production, which makes global prices very sensitive to the market condition in those countries.

The upward trend of potash prices at the beginning of 2014 can also be seen in phosphates and nitrogen fertilisers’ prices. Mainly, this is due to recovering demand for fertilisers with the prices becoming low enough to be more attractive to farmers. Following what some are calling a ‘record crop year’ in 2013/14, many major crop producing regions will need the soil to be fortified and nutrient levels replenished, encouraging demand for fertilisers in the coming 2014/15 season. In addition, recently Chinese buyers have set up trading agreements with Canpotex and Uralkali, bringing more confidence and stability to the market.

Yet, we can remember the optimistic expectations that were around at the beginning of 2013, and the year did not bring any price recovery, so caution would be advisable.

This is especially true when we turn our attention to the high levels of potash stocks that accumulated during the weak demand years. In North America, potash producers ending stocks at the end of 2013 were significantly above their 5-year average. Also new capacities, which have already been introduced or are planned to come online this year, will add to the global oversupply of potash. High stocks should add downward pressure on prices.

Furthermore, looking at the bigger picture and the long term demand outlook, reports of El Nino occurring later this year have recently intensified. El Nino is a weather phenomenon, resulting in significant changes to the global weather conditions. This could have an impact on fertiliser demand in the future as it can cause extensive devastation to crops. In 1997, the world experienced the strongest El Nino in history, which had a huge impact on food supply. In the USA the cost effect to the agricultural sector was estimated to be more than 1.5bn US dollars. In addition to devastating crops, El Nino affected transportation and infrastructure in many other regions around the world.

So, although the potash market seems to look much brighter this year than the previous two years, many aspects still remain uncertain. To avoid being caught by surprise, the market players should watch the situation closely in case the conditions reverse. 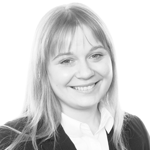