Rob Peers: “Uranium to Continue Its Rally Into 2015” 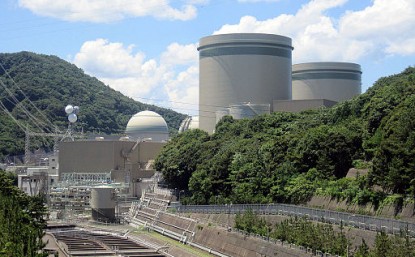 For commodities this year, no news is probably good news. As has been mentioned all too many times, 2014 was not a positive year for gold or silver, or oil and gas for that matter. However, there was an exception to these last lackluster twelve months – positive news has come from the uranium camp.

As discussed in an earlier article, in November, uranium finally enjoyed a healthy and fairly dramatic increase in price after three very depressed years. Following Japan’s Fukushima earthquake in 2011, many major utilities and other parties operating in the uranium market retreated from the commodity, eventually pushing uranium’s price down from $70 a pound to as low as $34.50 per pound. In November of this year, however, the spot price of uranium rose to as high as $44.

A number of factors have contributed to uranium’s recent resurgence – China’s expanding nuclear program; the fact that several major utilities made large purchases of spot uranium earlier in the year; and finally, the fact that in early November, Japan approved the restarting of their Sendai reactors.  As announced by Japan’s government, the country’s Sendai reactors will be re-opened as early as next year and will give the country its first non-imported nuclear power source since 2013.

In early December, Cameco Corporation (CCJ), one of the largest uranium producers and a company that provides approximately 15% of the world’s supply of uranium, came out with a much cooler opinion of uranium prices in the short term.

Despite uranium’s recent uptick, and despite too the restarting of Japan’s nuclear facilities, Cameco highlighted the fact that the supply of uranium currently on the market still remains sufficient to meet global demand, at least until 2018.

Cameco’s CEO, Tim Gitzel, went on to mention a second point that investors and those in the uranium market should consider – namely, that even though the spot market price for uranium has been trading in the high $30s since November, the price is still not high enough to incentivize producers to return to uranium mining.  Uranium producers need the commodity to reach a price level between $65 and $70 in order for the mining of new uranium to be profitable.

In Cameco’s view, there will be continued challenges for uranium, at least in the short and mid terms.

Still, there is plenty to be optimistic about when it comes to the commodity, even when considering uranium’s short-term-2015 prospects.

Consider, as example, just how expansive China’s plans are to increase its nuclear energy capacity.  Currently, China has 22 nuclear power reactors in operation.  However, under its five-year plan, China has forecasted that six to eight reactor units will be built each year from 2016 to 2020; and 10 new reactor units will be built each year after 2020.  That’s a significant expansion in its nuclear energy program, and it’s likely that China’s increased nuclear needs in 2015 and 2016 will reduce the world’s current supply of uranium more quickly.  It’s also possible that China’s increased demand for uranium will further raise the spot price of uranium in the coming year.

One of the most instrumental factors in uranium’s resurgence is the restart of Japan’s nuclear energy program.  Recently, some analysts have downplayed uranium and provided a cautious note as to just how quickly Japan will restart additional reactors in the future.

However, Calgary financial consultant Rob Peers highlights another point in uranium’s favor, something that will undoubtedly help the commodity’s momentum going into 2015.

On December 17th, Japan approved the restarting of another two reactors, bringing the number of approved reactors to a total of four.  Moreover, some are forecasting that “… 32 reactors in Japan will ultimately be restarted, with nine in 2015, 10 in 2016, 12 in 2017 and one in 2018.”

“This is an announcement that definitely bodes well for uranium [going into 2015],” Rob Peers comments from his Calgary office.  “The restarting of Japan’s nuclear program has politically been a controversial, hot-topic issue within the county.  So, there’s been much discussion as to just how quickly Japan will restart their program...  The fact that the country has green-lighted the restarting of two additional reactors a month after the Sendai decision is very significant news for the uranium market…”.

Calgary's Rob Peers adds, “Uranium in the long-term is definitely looking favorable.  But, with Japan’s December 17th announcement, I see uranium keeping its momentum into 2015.”