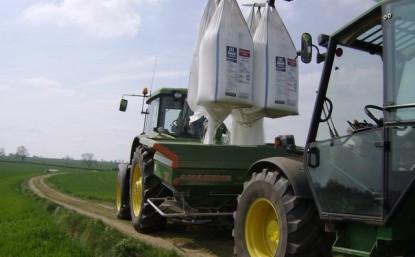 Is the agriculture industry right now structured in a way that allows for innovation and a less dependance on phosphate rock?

What if I told you that one country alone controlled the world’s food supply and its ability to feed growing populations? I think that’s something you’d want to know more about.

Tracking prices of gold and silver and understanding fluctuating supply and demands of mined commodities like uranium and copper are an essential part of the mining industry. But, sometimes we forget just how important mining is to agriculture and to putting food on our plates. After all, the three essential components of modern fertilizer - nitrogen, phosphate and potash - are mined.

It’s the world’s supply of phosphorus that demands this article’s attention.

How critical has phosphorous become to crop production in today’s modern agribusiness?

Soil needs a certain amount of phosphorus in order for crops to grow - that’s an undisputed, unchanged fact.  The change has come in how we’ve obtained our phosphorous over the past century.  Prior to the twentieth century, farmers enriched their soil with phosphorus through composting plant waste or distributing phosphorous-rich manure over their soil.  However, the introduction of mined phosphate rock half a century ago brought a sudden change to modern agriculture.  With the introduction of mined phosphate rock - as well as mined potash and nitrogen - farmers for the first time had easy, cheap access to phosphorus.

So long were the days of farmers using plant waste or manure to enrich their soil, especially as farms grew in size and became increasingly dominated by corporate stakeholders.  Mining gave farmers a new and revolutionary access to fertilizer that would allow them to produce more crops and feed more people.  That’s good, right?

To a certain extent.

The problem is that mined phosphate rock, something that farmers across the globe now heavily rely on, is a depleting resource.  “Peak phosphorus” hasn’t reached buzzword status yet. But, when you compare the current rate of phosphate rock extraction with the proposed levels of supply that can still be mined, the term will undoubtedly enter media discourse.

A few graphs provide a little more context to the issue.  The chart here, produced by the U.S. Geological Survey, demonstrates just how much our use of phosphorous has grown over the past century.  Another chart from the Global Phosphorus Network shows more specifically the dramatic increase in phosphorous consumption since 1960.

As our use and dependence on phosphorous has grown, studies have also shown just how much phosphate rock we have left, which is alarmingly little compared to our consumption rate.  In fact, in 2009, a group of academics published a report asserting that, at our current rate of phosphate consumption, its mining production would peak at 2030, after which it would precipitously decline.

An unbalanced, unsustainable level of supply and demand of phosphorous is certainly problematic and will only cause price issues in the future.  What’s perhaps more problematic is the fact that phosphate mining is nearly monopolized by the nation of Morocco.  Because of the simple fact that most of the world’s phosphate mines are located in that country and in the Western Sahara, phosphate has become Morocco’s “white gold”.   In a recent U.S. Geological Survey report, Morocco’s contribution of the world’s supply of phosphorus went from 5.7 billion metric tons to 50 billion metric tons. That’s 85 percent of the world’s total phosphorus. 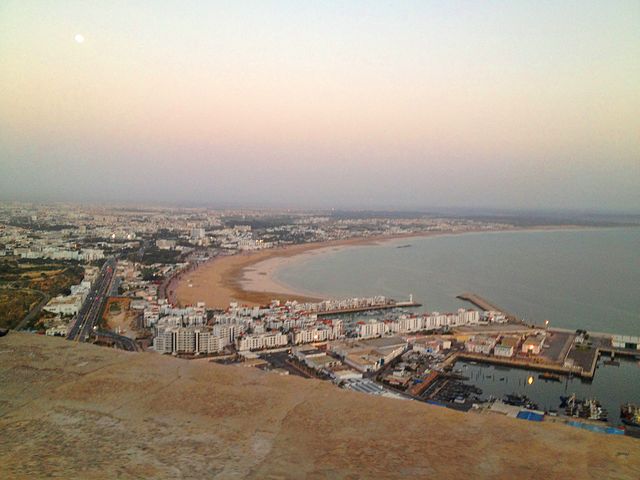 Morocco produces 85 percent of the total global supply of phosphorus.

Certainly when you have a monopoly of this size over a commodity of this much global importance, trouble is looming.  Everyone knows the kind of control that OPEC and Saudi Arabia has, or at least had, over oil.  After all, oil and gas enjoy consistent pen time from journalists.  But, what makes Morocco’s control of phosphate even more troublesome is that not everyone is aware of it, nor is everyone aware of the impact it will have in coming years.

But, is mined fertilizer the only option there is to feed the world’s growing populations?

The answer is no.

The world’s fertilizer industry is currently dominated by large fertilizer corporations, like Mosaic and PotashCorp and Canadian-based Agrium Inc. (TSX: AGU).  These are companies that supply mined inorganic fertilizer to farmers around the world, and in doing so, feed into the unsustainable system of farming that depends on phosphate rock.  Moreover, these are the companies that feed into Morocco’s control over the world’s supply of phosphorus.

This leads to a second question: if there was another option besides mined fertilizer that could be used to feed growing populations, is the agriculture industry set up right now in a way to let this opportunity in?

Unfortunately, the answer to that seems to be also a no.

The fact of the matter is that agriculture’s domination by mega corporations has made the industry dangerously closed off to new innovation and technology.

Particular demonstration of that came several years ago in the failed business relationship between Agrium Inc., Crop Production Services (or CPS), and a little known company called the EarthRenew Corporation.

EarthRenew, a company that is now in receivership, was a Canadian-based business that, like Agrium, produced fertilizer for farm use.  However, unlike Agrium, which produces mined fertilizer, EarthRenew produced organic fertilizer using cow manure in a highly innovative production process.

EarthRenew developed a way to produce organic fertilizer pellets or granules by cooking cow manure at very high temperatures using natural gas.  The production process carried with it a number of benefits.  The process produced electricity as a byproduct, enough in fact to return a portion of it to the community. EarthRenew’s fertilizer also held advantages in the farm.  For one, since EarthRenew’s pellets were cooked at such high temperatures (temperatures over 500 degrees Celsius), the process killed off things like herbicide and pesticide residue, a common problem in organic fertilizer mixtures.  Even better, the form of EarthRenew’s fertilizer -- its pellet form -- made it optimal for delivering nutrients to farm soil in an even and sustained way.

All this from unwanted cow manure.

In a world of increasing populations and an agricultural industry drunk on mined phosphate, this was the kind of innovation that's needed.

So, what happened to EarthRenew then, a company that showed such promise?

In 2009, the future looked bright for the company.  It was in the process of developing a prospectus, with the ambition of eventually going public.  More than that, EarthRenew was looking to expand its operations from Canada into the western United States and was even beginning negotiations with the Royal Bank of Canada to finance the expansion.

It was then, in 2009, that EarthRenew began business negotiations in the form of a purchase agreement with a retail company called Crop Production Services, or CPS.

Crop Production Services is a large retail outlet that sells farm supplies and materials to farmers in the United States and Canada.  With over 1,250 retail locations in three continents, CPS represents a significant force for any new fertilizer supplier looking to gain a foothold in the market.

It has to be noted that Crop Production Services is also a subsidiary company of the large international fertilizer production corporation, Agrium Inc., having been taken over by Agrium in 2008.

According to court documents, in early 2009, EarthRenew and CPS entered into negotiations with each other in the form of a an Initial Purchase Agreement, one inspired when CPS informed EarthRenew that it wanted to purchase EarthRenew’s entire inventory of fertilizer.  What followed was a product offtake agreement and a licensing agreement that gave CPS the exclusive right to retail EarthRenew’s fertilizer in the western United States, with the obligation that CPS would purchase a minimum of 80 percent of EarthRenew’s product on a monthly basis.

This was seemingly a perfect business agreement - EarthRenew was producing a fertilizer that would be in demand with CPS’s retail customer base, while EarthRenew needed CPS’s buying power to secure financing it need to expand its operations.

According to court documents, EarthRenew even made it clear to CPS that the agreement would play a significant role in securing its financing.

To the detriment of the agriculture industry as a whole, the agreement between CPS and EarthRenew, despite it being a legally-binding contract, fell through.  The question is why.

In the end, the agreement between CPS and EarthRenew failed, leaving EarthRenew unable to secure the financing it needed to expand into the western United States.  Agreeing to sell 80 percent of its fertilizer production to CPS and then seeing this agreement crumble was something it seemed EarthRenew couldn’t recover from and the company went into receivership.

All of this is now a lawsuit between Crop Production Services and the EarthRenew Corporation, as described in court documents.

But again, the question is why did CPS suddenly backtrack out of purchasing EarthRenew fertilizer.  Is it because CPS is owned by and a subsidiary of Agrium?  Is it because EarthRenew, a company that was bringing to market a new way to produce an organic fertilizer, represented a direct threat to Agrium’s main line of business?  Did Agrium force Crop Production Services to cuts its purchase contract with this potential competitor as a way to protect its own business?

These are all very good questions and, in the end, for the benefit of the agricultural industry as a whole, they deserve consideration.