Alabama Graphite Corp., Poised to be One of the Few Winners 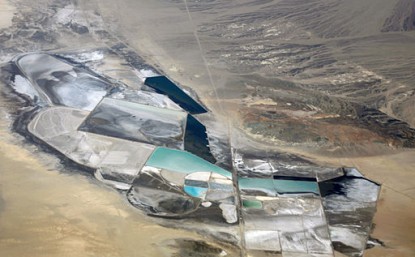 Graphite is a critically important material in the high-tech battery revolution. Demand for graphite in stationary and grid-storage batteries alone could be particularly acute, forecast to grow by 74.9% annually to a market size of US$170 billion in 2025.

How to make $$ from the Lithium-ion Battery revolution?

The story unfolding couldn’t be simpler. Lithium-ion batteries (Li-ion) represent a paradigm shift in the transportation and stationary (residential, commercial & utility grid-storage) battery markets. As the world becomes less dependent on fossil fuels, demand for environmentally sustainable solutions utilizing rechargeable Li-ion batteries is taking off.  Evidence of this trend can readily be seen in the lithium market, where prices have nearly tripled in just six months.

Having said that, this article is about graphite, a material so integral to Li-ion batteries that they could be called Li-ion graphite batteries. Though I doubt the name will catch on, it illustrates the fact that it takes 10x to 30x more graphite than lithium to make a Li-ion battery. Although lithium has garnered the lion’s share of publicity, it’s reasonable to expect to see a similar trajectory for a select few in the graphite exploration & development space.

Graphite is a critically important material in the high-tech battery revolution. Demand for graphite in stationary/grid-storage batteries alone could be particularly acute, forecast to grow by 74.9% annually to a market size of US$170 billion in 2025. (source: Panasonic Corp. / Benchmark Mineral Intelligence, 2015). One company well placed to cross the finish line among the winners is, Alabama Graphite Corp. (AGC) [ TSX-V: ALP) / OTC: ABGPF / FRANKFURT: 1AG ]. The fact that this particular Company proposes to mine, process, finish and sell domestically, battery-ready graphite, is all the better. These days everyone’s looking for Made-in-the-USA solutions to address security of supply concerns and demonstrate that critical materials like graphite, lithium and cobalt are procured from environmentally sound sources. [Note: See AGC’s Corporate Presentation ]

Many emerging green-energy, tech materials companies aspire to supply these dominant segments in the Li-ion battery hierarchy. However, only a handful will be able to deliver the most sought after Coated Spherical Purified Graphite (CSPG). Why? An essential factor to recognize is that CSPG is not a commodity product. It’s a specialty, nonmetallic mineral, painstakingly tailored to the specs of a specific graphite concentrate feedstock. As such, a graphite junior that does not have a mine to end-market customer strategy, would likely face difficulties at the point of sale of a number of commodity-like graphite concentrates. More on this to follow.

Identifying a theme? Easy. Picking the winners? Not so easy

Alabama Graphite is unlike other graphite juniors. Conventional production plans entail mining graphite and building processing facilities to upgrade run-of-mine ore into a primary processed graphite concentrate (PPGC), to be sold for use in traditional applications such as crucibles, brake linings & foils. The team at AGC believes this business model may present challenges due to a lack of demand for PPGC and potential oversupply in the market. Production of PPGC, and supply / demand dynamics in China, are a wildcard as well.

There are at least 7 Li-ion battery factories, including facilities under construction, in the U.S. Add to that several car manufacturing plants and over 100 utility companies. If AGC reaches commercial production, it will have the entire U.S. market at its fingertips.

But here’s where the EV rubber hits the road. If AGC reaches commercial production, it’s reasonable to assume that its ultra-high purity end products (particularly CSPG), would be in high demand. This is a critically important distinction; PPGC will become more of a commodity-like product, subject higher competitive risks. Therefore, even emerging graphite producers that reach commercial production could fail, if a portion of end products cannot be sold profitably or at all.

The Coosa Graphite Project is located on private land in Alabama, USA. This means State-level permitting only (no federal / EPA, NEPA permitting required), a six-month process that can be initiated during the Company’s work on its Feasibility Study. In other words, Alabama Graphite has the potential to fast-track production compared to peers that might face more arduous permitting challenges. Local communities strongly support the Company’s efforts. Tax revenues and employment opportunities would increase if Coosa were to be mined.  [NOTE: An excellent article by GARETH HATCH from February 16th]

In November 2015, AGC announced the completion of an independent, NI 43-101 compliant (PEA) describing its Coosa project. The PEA delineated a project with initial capital needs of $43.2 million, to generate an estimated after-tax NPV(8%) of $320 million and an IRR of 45.7% (the after-tax NPV(10%) = $236 million). AGC’s market cap of US$9.7 million is just 3% of its preliminary after-tax NPV. All else equal, the market cap could double and AGC’s valuation would still be just one-sixteenth its PEA-derived, estimated NPV. [Note: a NPV(8%) is used for comparisons; all figures in US$]

Comparing that ratio, market cap divided by after-tax NPV, (lower values possibly indicative of cheaper valuations), to a group of four TSX-listed graphite juniors is illustrative. As mentioned, AGC is trading at 3% of its after-tax NPV. That’s a 75% discount to the average of roughly 12% of NPV, among the four group members. This relative undervaluation is even more pronounced if one assumes that, all else equal, group members potentially face greater equity dilution than AGC. Why? The other’s projects have significantly larger initial cap-ex requirements.

Looking at valuation another way, AGC’s initial capital call of $43.2 million is roughly one-third that of the group’s average requirement of $125 million. To be fair, AGC’s much lower capital need is due to a much smaller processing facility. A metric that attempts to equalize capital intensity across projects is the ratio of initial capital investment to after-tax NPV (the lower the better). The group members have ratios of 2.0x, 0.7x, 0.3x & 0.5x; for an average of 0.875x. This ratio shows that at 0.135x, AGCs capital intensity is four times lower. Capital intensity is of paramount importance in attracting strategic investors. By this measure, Coosa stands a better chance of being financed.

Dozens of graphite juniors boast about flake size, head-grades, relative percentages of large & jumbo flake, deposit size, PPGC grades, etc. However, competition for PPGC will likely be fierce, potentially sinking a great number of projects. Who’s to know which projects will make it into production at all? For companies faced with large initial cap-ex budgets, frequently in excess of $100 million, project viability is questionable. Looking at just one aspect of the overall economics, consider that most emerging player s would need to drill, blast, crush & grind run-of-mine ore.