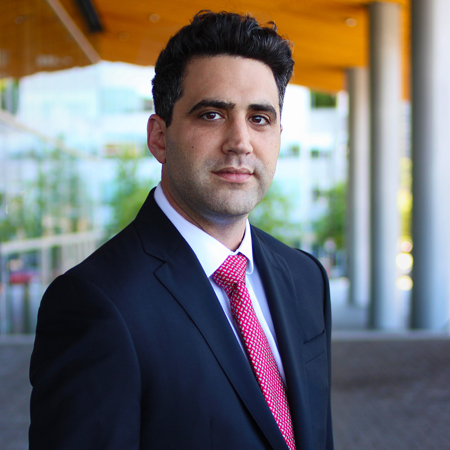 Callinex is led by CEO and President and Director Max Porterfield, who has more than ten years of experience in natural resources and financial market.

In October last year, Callinex Mines Inc., a zinc and copper miner operating in established mining jurisdictions in Manitoba, Canada, announced some exciting news relating to their exploration efforts - the company had discovered a zone of high-grade zinc at 13.1% zinc equivalent at its Pine Bay project in Flin Flon.

Since that discovery, Callinex has ambitiously pushed forward its exploration efforts with expanding drilling campaigns at its zinc project in Pine Bay, as well as its Nash Creek and Superjack projects in the Bathurst mining district.

Directed by a knowledge-rich team that includes Mike Muzylowski, Callinex is led by CEO and President and Director Max Porterfield, who has more than ten years of experience in natural resources and financial markets, including time with Brazil Resources Inc., Uranium Energy Corp. and working with Frank Holmes at US Global Investors.

Max Porterfield spoke to us about his industry background, the outlook for the Canadian mining industry, Callinex and his vision for the future.

MiningFeeds: Thank you very much for taking the time to speak with us.

MiningFeeds: First off, can you run down briefly for our readers your history in mining prior to leading Callinex and what led you to take on your current role at the company?

Max Porterfield: I spent five and a half years working at US Global Investors, which is headed up by Frank Holmes down in San Antonio, Texas.  There, I was primarily involved in institutional sales and raising capital for the funds that were managed by the company.  US Global Investors is a boutique investment firm that specializes in natural resources and precious metals investing.  So, naturally, they were interested in investing in junior exploration companies like Callinex.

My real takeaways at US Global was having the opportunity to work closely with the portfolio managers and, from a fund management standpoint, how they looked at making investments in the space and what kind of companies met their investment criteria.

After leaving US Global, I spent two years working with Uranium Energy Corp and at what’s now Gold Mining Inc. managing investor relations on the corporate side of the business.  Thereafter, the opportunity at Callinex came along and I haven’t looked back since then.

One of the reasons why I joined Callinex was to have the opportunity to work with a legendary geologists and businessman in Mike Muzylowski, who's been a mentor to me helped bring me up to speed on the exploration side of the business.  Additionally, Callinex’s project portfolio was strategically located near Flin Flon, MB, which is a world class jurisdiction with an excellent pedigree.

MiningFeeds: Can you tell us what the status of operations is for Callinex in Manitoba?  And what has been the most significant development so far in Callinex’s exploration efforts?

Max Porterfield: Without a doubt the most significant development for the Company in Manitoba has been at the Pine Bay project in Flin Flon. In October of last year, the Company intersected 10.3 meters at 13.1% zinc equivalent. Being that the drill hole intersected the mineralization in a geologic environment where Placer Dome had previously held a 30mt exploration target certainly got us and the market very excited. We plan to complete additional follow-up drilling which will commence in August.  We will also be conducting exploration on our newly acquired Big Island project which hosts a high grade zinc deposit that has not been followed up in the modern era.

MiningFeeds:  What’s the timeline of your drilling campaign in August?

Max Porterfield: It will begin in mid-August  and is planned for 5,000m of drilling which may be upsized based on exploration results.

MiningFeeds: On a leadership level, what are your expectations for Callinex?  And what are you looking for in the coming year?

Max Porterfield: Aside from our operations in Flin Flon, we are currently conducting an aggressive exploration campaign at two recently acquired projects in the Bathurst Mining District of  New Brunswick. The Nash Creek and Superjack projects each host zinc-rich VMS deposits that are located within trucking distance to active processing facilities. The focus on exploration at our projects in the Bathurst Mining District is to expand the size of the deposits at time when supply/demand fundamentals favor higher zinc prices in the near future. I am optimistic that the Company will have exploration success across the project portfolio in Flin Flon and Bathurst in a rising zinc price environment.

MiningFeeds: What are your expectations for the zinc markets over the next year or two years? What do you think are going to be the largest or most significant factors for the zinc and copper markets?

Max Porterfield: Zinc, which is the primary metal we are exposed to, has rallied to near its 52-week high and has been a top performer across all commodities over the past year. With that being said, the fundamentals are still there for much further gains due to constrains on global supply. Above ground inventories have been eroded over the past several years to levels not seen since the last bull run the commodity had in 2006. Additionally, a significant portion of mine supply has come off line as large zinc mines have come to their end of life but there has been very little exploration or development of new zinc mines during this time.  Additionally, treatment charges by smelters have been coming down also signaling that the smelters are having trouble locating new zinc concentrates to refine.

MiningFeeds: Can you give any more specific thoughts on how the Trump administration may factor in to demand over the next several years?

Max Porterfield: I believe the policies he’s putting in place could stimulate demand for base metals. The headline number for the administrations infrastructure plan has been $1t. More recently its been outlined that $200 billion will be federally funded over the next decade which would incentivize additional investments from state governments and the private sector. All this infrastructure -- more bridges, roads --  it’s all going to a massive amount of metals.

MiningFeeds: Is there anything specific, any big takeaways you’d like readers to know?

Max Porterfield: We are well capitalized for exploration and development of our project portfolio. Our technical team has been credited with three of the four largest discoveries in the Flin Flon Mining District’s history, that's actively exploring two of the most prolific and well known established VMS districts globally.  Our shareholders are also poised to benefit from higher zinc prices because of the nature of the deposits we are advancing in our portfolio.

MiningFeeds:  Thank you very much for your time.