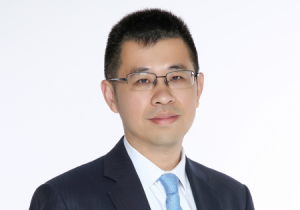 Not every discovery becomes a mineral resource, not every mineral resource becomes a mine and not every mine turns a profit; mining is a tough business. It takes a keen eye for opportunity to identify troubled mining projects worth salvaging and then navigating a mining company to profit. It’s a talent that James Xiang has proven, which has led to his reputation as an astute and competent company builder -- a reputation he hopes to build further with North American Lithium (NAL).

A native of China, James Xiang has been making his mark in Canadian and international business circles as an entrepreneur, investor and a mining leader since immigrating to Canada in 2001 to pursue his education while exploring new business opportunities. He has carved out a niche in the mining industry, supported by his ability to connect global investment partners with local leaders to drive successful projects.

His first foray into the mining industry was with a China based Nickel-Copper project, GobiMin, which he brought to Toronto for listing on the Toronto Stock Venture Exchange.  After listing, he served as CFO in charge of all the public company matters, including reporting, investor relations, various financing and forming a team in Canada and coordinating with the Chinese team.

In less than one and half years, GobiMin grew its market cap by 10 times, with the projects generating solid production cash flow and expanding its resource base. During the financial crisis in 2008, almost every resource company saw their shares prices decline. GobiMin, however, was able to sell its main project to a Chinese company with significant capital gain, which proved Xiang’s unique strategy to leverage North American and Chinese markets.

James Xiang was also instrumental in the turnaround of Canadian Royalties Inc. in 2014.  As the company’s BOD member and key leader, Xiang re-built the company’s senior management and corporate strategy, which ultimately led to a company turnaround that caught the attention of the market, especially Investissment Québec, which partnered with Xiang at NAL.

Xiang currently serves as Chief Executive Officer and Director of North American Lithium (NAL), a North American near-term lithium producer formerly owned by RB Energy.  The company is aggressively working to bring its fully-permitted lithium mine in Val-d’Or, Quebec to commercial production.  Xiang and management have implemented an operational turnaround at North American Lithium, having brought in lithium experts, re-engineered the project, permitted and remediated all legacy environmental issues.   With this hard work, the company achieved a milestone last month as it began its first production of salable lithium concentrates.

We recently sat down with James Xiang to discuss the global market for lithium and how he and his team have progressed after two years of restructuring of North American Lithium.

Thanks for joining us, James. We’re curious about lithium mining and the current thinking around the lithium market. What has the investment climate been so far to help NAL achieve production at its lithium mine in Quebec?

James Xiang: I appreciate the opportunity to talk about a project that has excited many people – our management team, as well as our investment consortium. It’s hard not to be enthusiastic, given the trends pushing demand.

Lithium, as you know, is the lightest metal with the highest energy density, allowing it to supply efficiently the maximum amount of energy storage per kilogram of material. What does that mean? Well, it’s ideal for a variety of industrial uses, but is best known for its use in batteries, particularly those used to power cell phones and tablets and also implanted medical devices.

We all know the strong demand for these technologies, so it’s no surprise that lithium demand is on a steep upward curve, too. Some reports project annual consumption to double to ~300,000 metric tons in 2020 from 2012 levels. Demand is growing by 12 percent annually, surpassing availability by 25 percent. So you can see how we’re positioning ourselves for the trends, with ~$500 million invested so far to bring the mine back on line.

What stage has NAL reached in bringing commercial production online?

James Xiang: We have brought in some of the top names in the business and over the past two years we have been re-engineering, re-testing and devising solutions to some of the issues that marked past commissionings of the mine. For example, we’ve done a thorough audit of material handling practices, which revealed solutions specifically for cold-weather storage and handling issues. Our thoroughness has paid off. The mine is now in operation and the first production of salable lithium concentrate began this August. We are pushing the production to commercial level in the next few months.

Currently, you are mining spodumene to extract lithium but what about production of lithium carbonate?

James Xiang: That’s the next phase. Our back-end review of operations found flaws in the hydromet plant, leading us to undergo further studies on what a restart of the plant will take. Its complete re-engineering should be completed early next year, so that we will be able to move into production of lithium carbonate in 2019. Then we expect to ramp up to full capacity of some 23,000 tonnes of battery grade of lithium carbonate in long term.

Why will your NAL’s current team succeed now where others have fallen short?

James Xiang: Well, timing is important. Being able to achieve operational efficiencies is, too. Our team is all local, seasoned experts with track records of diagnosing project issues and fixing them, especially strong in the local Quebec environment. And having the right financing in place, and the confidence of our investors is crucial. On the first front, well, we talked about the supply/demand picture for lithium. Benchmark Minerals Intelligence estimates prices of lithium carbonate will average $13,000 a ton over the 2017-2020 period from around $9,000 a ton in 2015-2016.

We have brought our cost structure in line with other lithium producers, putting us on sound competitive footing. And our investors have seen that we have a compelling value proposition in our aim to be North America’s only near-term, vertically integrated lithium producer, made all the more compelling as we have delivered against all of our milestones.

These materials may contain inaccuracies or typographical errors. NAL is not responsible for any errors or omissions contained in these materials and do not guarantee the accuracy, completeness or timeliness of the information contained herein. This article contains certain statistical, market and industry data that was based upon information taken from industry publications and reports or was based on estimates derived from the same and management’s knowledge of, and experience in, the markets in which NAL operates. Actual outcomes may vary materially from those forecast in such reports or publications. NAL has not independently verified any of the data from third party sources referred to  or ascertained the underlying assumptions relied upon by such sources.

Production estimates and timelines relating to the commissioning and start-up of the hydrometallurgical plant and hydromet plant are based on preliminary estimates provided by BBA Inc. and Hatch Engineering to NAL. There is no assurance that the estimated timelines and related milestones will be met as planned or at all.

MiningFeeds.com is being compensated by the subject of this article and the article is meant to serve informational purposes only, not investment advice and does not constitute a recommendation to buy or sell securities in North American Lithium.

MiningFeeds.com does not own any shares or have any financial interest in the company.