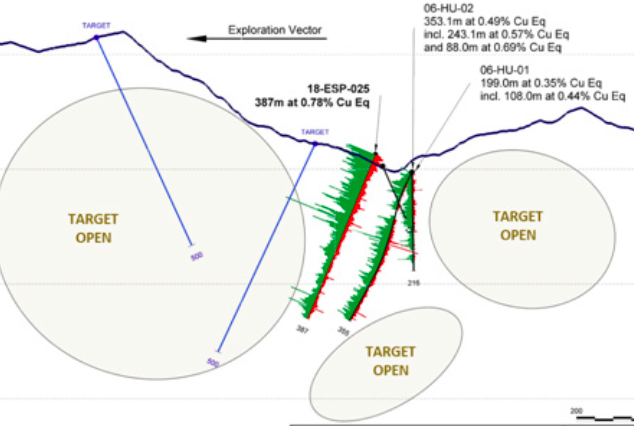 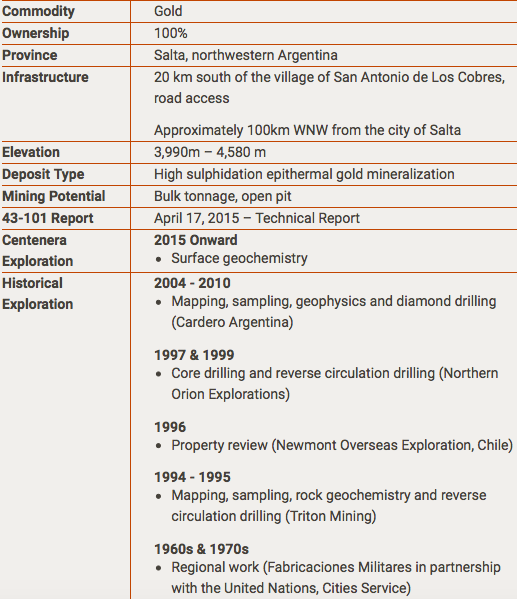 Centenera has several catalysts worth watching for. First and foremost — another drill result in June.  That hole was completed to a depth of approximately 450 m.  Also, a possible update on its 100% owned Organullo epithermal gold project in Salta province.  (2nd best province in Argentina– see brief overview of Organullo on left)

Centenera Mining’s [TSX-V: CT, OTCQB: CTMIF] Esperanza project is probably in the middle of the pack on this score compared to the 3 dozen global juniors I’m tracking, but better than that among assets in S. America due to it being in San Juan province, having a very low strip ratio and being high grade.  Esperanza is just 35 km from power lines and enjoys year-round road access.  NOTE:  (we still need to see further evidence of large-scale potential….)