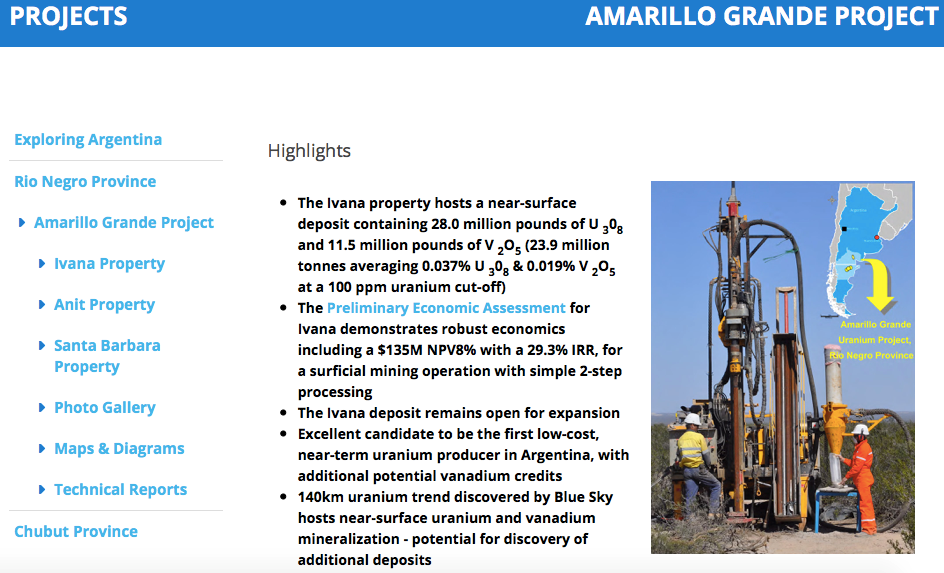 Everyone talks about the spot price when they discuss uranium. The spot price is ~$26/lb., but the long-term contract price is quoted at $32/lb. (See Cameco’s pricing page). Notice that the spread between contract & spot prices over the past 4.25 years ranged from 7% to 89% and averaged 37%. Currently the spread is about 23%. All Blue Sky needs to start production early next decade is $10/lb. more in the spot price, which would likely translate to a contract price in the mid $40’s/lb. The Company doesn’t need that price this year, or even next year. Early 2021 would be perfect timing. 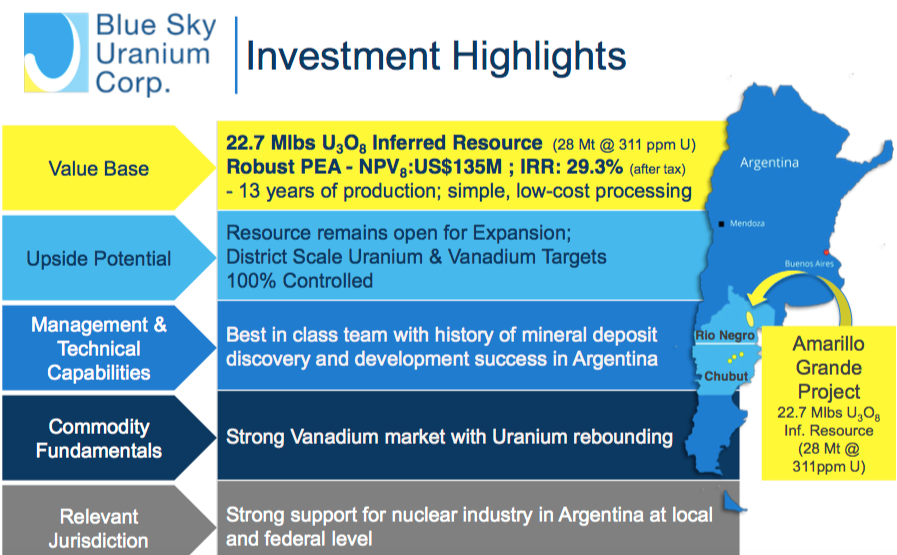