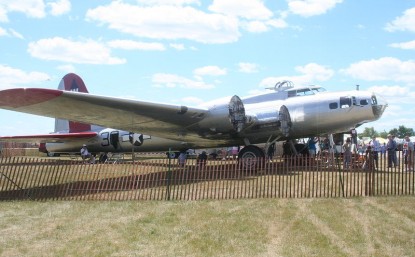 I just bought my first ever Australian listed stock. It’s a small speculative position that I initiated because I think the technology/mining/water play is just getting going, and has some great people involved.

The company is Clean TeQ Holdings (ASX:CLQ), and it has a roughly $20 million market capitalization.

Clean Teq is a technology business focused on continuous ion exchange for air and water purification, as well as minerals processing.

They say they can decrease water purification costs at mega projects by as much as 30%.

The minerals processing business is interesting in that continuous ion exchange can increase recoveries from previously uneconomic ores as well as tailings (waste) dumps.

The company is roughly 20% owned by mining legend Robert Friedland.

Clean TeQ is in the process of buying the Systerson scandium project in Western Australia from Ivanhoe Mines for roughly $1 million in stock.

The market for scandium currently is virtually non-existent, but resource analyst John Kaiser believes that with a reliable supply, demand could increase exponentially. Scandium, as an alloy, allows aluminum to be welded. Imagine airplanes without rivets, weighing 15-20% less.

Clean TeQ’s Chairman Sam Riggall is a Melbourne-based lawyer and close advisor to Friedland. Riggall helped negotiate the investment agreement between Rio Tinto and Mongolia to build the massive Oyu Tolgoi copper-gold project. In an earlier life, he worked as second in command in the project generation group at Rio Tinto under Sam Walsh and then Andrew Mackenzie. These men now run two of the world’s largest miners, Rio and BHP Billiton.

In a quick call from a taxicab in Australia, Riggall tells us Syerston could have the highest grade scandium deposit in the world, and is very shallow, making it amenable to mining. With nearly $30 million in historical work done on the project by Ivanhoe, Riggall thinks he can advance Syerston quickly.

The scandium business will really get going when one of the potential scandium developers (Clean TeQ, Scandium International, Jervois Mining, Platina Resources, etc.) completes a meaningful off-take agreement with an end user such as an aerospace or fuel cell manufacturer. Riggall thinks Clean TeQ has the best shot because of their minerals processing technology: they are currently testing scandium recovery in one of their test plants in Japan, with promising early-stage showings, Riggall said. The Ivanhoe involvement should also help open a few doors for the company.

In its water business, Clean TeQ is working on a large pilot project with a Chinese group and Riggall believes it could lead to multi-hundred million dollar projects, with significant margins for the small company.

Those water treatment revenues are lumpy, Riggall says, and he notes that the air purification business has become competitive, and less of a focus for the company.

Kaiser Research chief John Kaiser thinks that the scandium story is one of the few segments of the mining sector that offers promise for investors in today’s market environment. On a phone call late last week, Mr. Kaiser, a follower of more than a thousand venture-stage equities, commented that Scandium International was his current top pick. Its shares are up over 500% this year alone thanks to a meaningful push from Mr. Kaiser.

Still, there is little to no market for scandium yet, and until a meaningful order arrives from an end user Mr. Kaiser’s dream will remain just that – a fantasy. With that said, Friedland’s latest move suggests the scandium space is about to start heating up.

Further interviews with Mr. Kaiser and Mr. Riggall will make it to these pages in the coming weeks.

This is not investment advice and may contain errors. Always do your own due diligence.