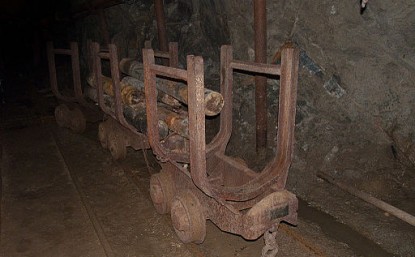 I recently read an article entitled, “Graphite One is Dead Money.” The author did a good job of pointing out the attributes of the Graphite One Resources (GPHOF) (GPH.v) story. And I commend the writer for writing a balanced piece considering both the pros and cons in a measured way. He mentions Graphite One’s massive flake graphite project called, Graphite Creek in Alaska, USA.

For example he said,

“it is not implausible that the resource could grow substantially from the most recent estimates to become the largest graphite resource in the world.”

The author also pointed out that trading volume in the stock is high. Further, the deposit was described as close to surface and, “it appears to have the potential to be a very low-cost mine in the future.” However the author is betting against Graphite One, saying that the company is,“unattractive except in the most optimistic scenarios for graphite prices.”

In my opinion this author in going through his list of negatives about Graphite One is really just speaking to the generic risks of most junior graphite companies. For example he says,

“maximizing leverage to the graphite space using graphite junior mining shares as option-proxies makes sense only to a very limited extent. Not only that, but it takes a fairly unique set of qualities to make a graphite junior attractive…”

Any investor in graphite juniors needs to know this is a high risk, high return sector. Still, it’s better to be a U.S. domiciled company like Graphite One then a third-world or Chinese producer. Right now, virtually all Venture-listed stocks have been hammered, perhaps in part due to tax loss selling. I feel the author could have taken any number of graphite and other sector stocks and picked them apart. It’s easy to play devil’s advocate.

I will now attempt to refute some of the statements made by this author. For example, he described Graphite One as an early-stage flake graphite company due to a small number of drill holes. I would not call this an early-stage project by any means given that it has a giant inferred resource and is soon coming out with a new resource report that will include a portion of indicated resources. Would the author instead want Graphite One to have spent additional capital to drill many more holes when they have already found so much? CEO Anthony Huston had this to say about the stage of development of the Graphite Creek deposit.

“Our deposit has unique characteristics that, taken together, put us above some of our peers. We believe that our high grades, low strip ratio, proportion of large flakes and lack of deleterious elements are some of the best in the industry. Further work on characterization of the mineralization in our advanced stage metallurgical processing test work will lead to a pilot scale test in fall of 2015 in preparation for the Feasibility Study.”

In fact, it’s interesting that the author of the other article mentions drilling in a negative light. Graphite One’s recent press release from December 1st describes in detail the company’s drilling success. In this press release the company announces assay results on 10 of 20 drilled holes, bringing the total holes drilled to almost 50. From the press release,

“Graphite One Resources is pleased to announce the results of the first ten holes of the recently completed twenty-hole diamond drill program on their Graphite Creek Project located near Nome, Alaska. All 10 holes intercepted significant widths of high grade, near surface graphite mineralization. Select intercepts include 7m of 20.98%, 50m of 6.13%, 38m of 10.57% and 23m of 8.70% graphite. Geology and assays confirm excellent vertical and lateral continuity of the mineralization.”

Despite what appears to be clear drilling success, the author suggests that a low cut-off grade of 3% is required to show a 10 million metric tonne resource. True. However, at a 7% cut-off there’s still 3.5 million in-situ tonnes. And, as the author states, Graphite One could just mine the ore using a 10% cut-off, which would provide for 1.1 million tonnes at an average grade of 12.8%. That alone would be a 22-year mine life at 50,000 tonnes per year. As mentioned, a new resource estimate is out in a few months that is expected to move some of the inferred resource to the indicated category. I would reserve judgment until I see that report.

Graphite One states that its Preliminary Economic Assessment, “PEA” will be released in the 2nd quarter of 2015. Yet, the author of the negative article says that we won’t see a PEA until, “2016 at the earliest.” I prefer to go with company guidance of a PEA delivered in the second quarter of 2015! [See page 21 of the company’s corporate presentation.] Further, with the size of the resource at Graphite Creek, the costs and scalability of the deposit may allow for multiple development scenarios to be delineated in the PEA.

Next, the author moves on to equity dilution. All graphite juniors are facing equity dilution at this time, why single out Graphite One? In fact, Graphite One in Alaska possibly has access to an Alaskan loan program that could deliver a very significant loan to the company post Bank Feasibility Study. According to this program’s website,

“With approximately $1.4 Billion under its management, the Authority has an ownership position in 8 Alaskan projects, has issued in excess of $1.3 Billion in Conduit Bonds and has a loan portfolio in excess of $400 million.”

Just ask Ucore, and Alaskan rare earths player what they think of this loan program known as AIDEA. That company is close to obtaining a $140 million loan from AIDEA.

The author says that the property is, “in the middle of nowhere.” I disagree. According to the company’s website, “The Property is 3 kilometers away from inter-tidal waters at the Grantley Harbour, approximately 20 kilometers away from road systems, and 3 kilometers from an airstrip to the southeast. Sure, a road might need to be built, along with some other infrastructure, but this is hardly in the middle of nowhere, especially with regard to its close proximity to barging and the town of Nome.

The company can barge graphite to an Alaskan seaport and then send it to west coast U.S. ports. Regarding another aspect of allegedly being in the middle of nowhere, management states that the project is a 45 minute drive from Nome, with a population of about 4,000. Don’t get me wrong, there will be challenges, but I believe some of the other graphite juniors around the world face similar or worse logistical challenges. As security of supply becomes increasingly important, sourcing graphite from the U.S., (which imports 100%) will become an important strategic advantage.

The author states that prospective investors need to be bullish on the demand for graphite. I agree. I’m bullish, as are a number of notable pundits including Simon Moores of Benchmark Mineral Intelligencewho states,

“Tesla’s giga-factory isn’t the only electric-vehicle battery factory on deck. Moores pointed out that 2014 also saw LG Chem break ground on its own factory in China, while Foxconn Technology has plans for its own plant in the same country.”

At least three giga-factories coming online, and there will be more. Some pundits believe that li-ion battery demand alone could require the output of 8-12 new graphite mines by the end of the decade. I think that Graphite One’s Graphite Creek will be one of those mines. Said another way, there’s going to be ample demand for a number of North America’s presumed front runners Mason Graphite (OTCQX:MGPHF), Focus Graphite (OTCQX:FCSMF), Northern Graphite (OTCQX:NGPHF) andAlabama Graphite (OTCQX:ABGPF), as well as Graphite One.

The author states that management lacks direct graphite experience. However, if the company is as far away from production as the author surmises, why hire more people, thereby increasing overhead? That lack of management experience argument can’t cut both ways. More importantly, Graphite One has retained the TRU Group to help it manage the company’s activities. If one wants to see solid evidence of graphite experience to the benefit of Graphite One, please click on the link to the TRU Group.

Graphite One’s exploration team since inception has been a group of Arctic exploration experts with years of experience working in the north of Alaska and Canada as well as around the world in harsh environments. The project manager is based out of Fairbanks. The consulting engineering and environmental experts are almost all Alaska based companies with years of experience evaluating and building projects in Alaska. The company will continue to use local contractors as the project moves through the Feasibility review.

The review of senior management and the Board is short-sighted as many of the senior management team have worked in multiple natural resource markets including uranium, coal, copper, lead, zinc, lithium, as well as gold and silver. Several Board members have diverse experience in multiple disciplines including exploration, production, capital raising and marketing of natural resources.