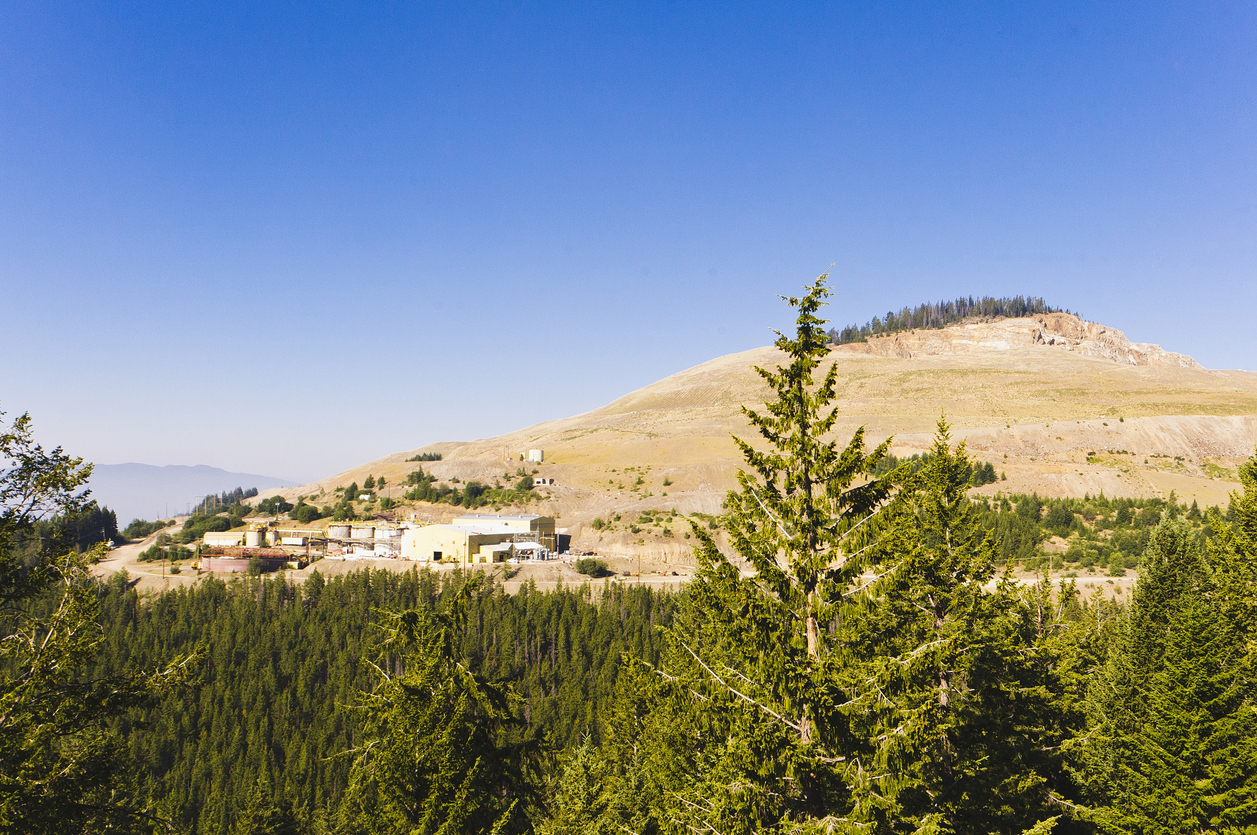 Barrick Gold’s (TSX:ABX) proposed framework agreement with the Pakistani government over the Reko Diq copper-gold deposit to develop and bring it to production is nearing conclusion, the company says. Barrick plans to develop the project in phases, the first of which would include a plant with a capacity of 40 million tonnes per year. The company says that capacity has the potential to double within just five years. Reko Diq is located close to the borders of Iran and Afghanistan and is said to be one of the largest undeveloped deposits of copper-gold in the world. The Pakistani Government and the provincial government of Balochistan signed an agreement in principle with Barrick earlier in 2022 to restart the project.

All told, the project could cost $7 billion, with a $4 billion investment for the initial crush development, including a milling and flotation circuit. Barrick Gold has a 50% stake and is the planned project operator. Both governments will own a quarter of the project. Now, the definitive agreements that will underlie the framework agreement are being finalized, at which point the company can move forward with a feasibility study. Barrick Gold commented in a statement on the project: “Once this has been completed and the necessary legalization steps have been taken, Barrick will update the original feasibility study, a process expected to take two years. Construction of the first phase will follow that with the first production of copper and gold expected in 2027/2028.”

Once operational the operational life of the mine should be at least 40 years and is expected to create 7,500 jobs during the construction phase alone, plus 4,000 more long-term jobs once the project is commissioned.

New copper projects are rare, and one of this size could have a significant impact on the copper market. While commodity prices have temporarily pulled back in the wake of some market jitters, analysts say there is still plenty of room for copper prices to move higher. This is due to low supply, high demand, and a lack of new projects in the pipeline. This project aims to change that.

The expected production at Reko Diq would make it one of the world’s largest copper mines. It is also a very significant project for Pakistan, which has been trying to woo international investors and increase its mining output in an effort to boost growth and development. The country’s Prime Minister, Shehbaz Sharif, has made mining one of his government’s key priorities. 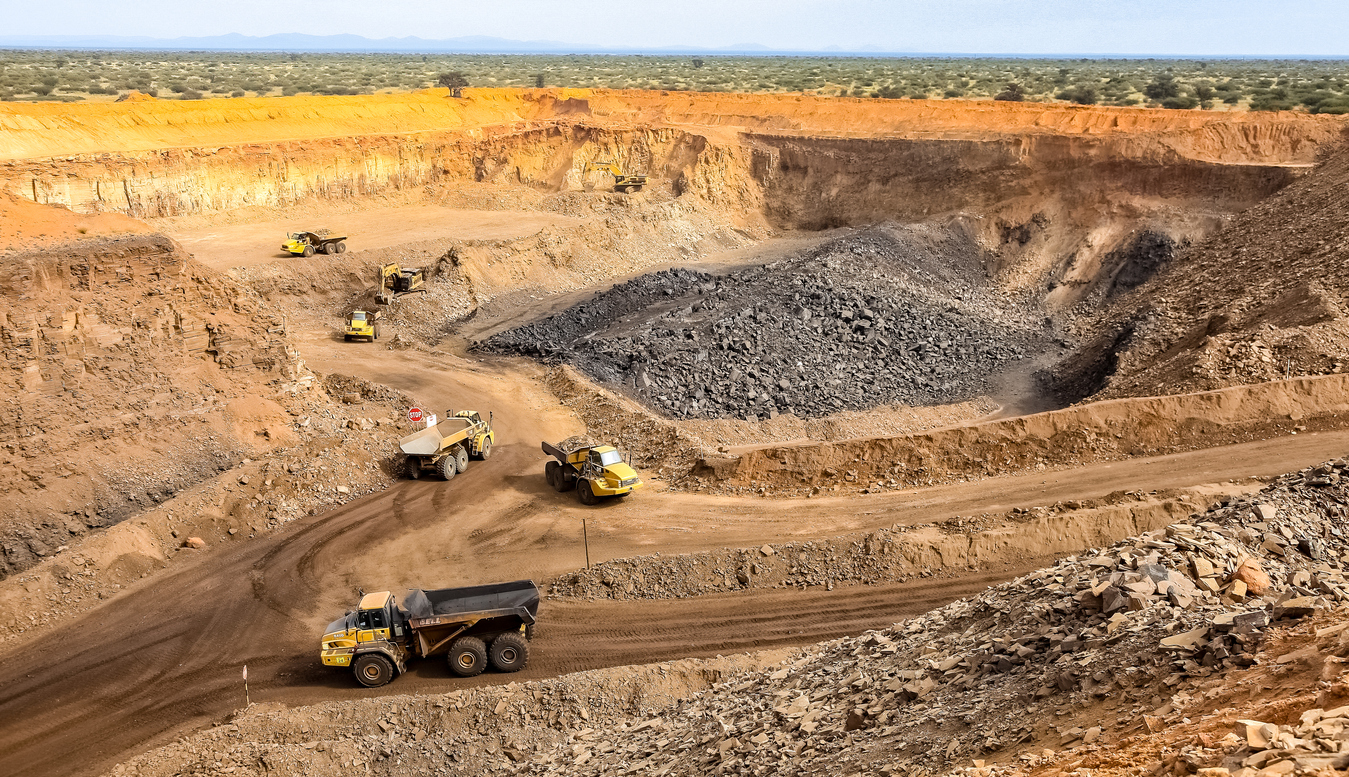 Barrick Gold (TSX:ABX) (NYSE:GOLD) has revealed plans to develop the Reko Diq copper-gold deposit in Balochistan, Pakistan, in two stages. The first stage will be an almost 40Mtpa plant. The company will look to double the capacity of the plant in the next five years.

If everything goes as planned, Barrick Gold predicts that the mine’s first output will arrive within five to six years. The two-phase construction of the mine is said to optimize profits, reduce execution risks, manage upfront capital, and provide cash flows in the long run for the miner.

The development is expected to result in 7,500 employment opportunities during the peak construction period and over 4,000 long-term positions after it begins operating. Furthermore, Barrick was considering solar, wind, and battery systems to boost the renewable power generation at the operation.

Barrick Gold has a 50 percent stake in the project and will act as the operator. The remaining share is owned by Pakistani state-owned companies which have 25%, and the Balochistan government which holds a 25% stake.

Barrick CEO Mark Bristow said on an investor call: “Offering a unique combination of large scale, low strip and good grade, Reko Diq will be a multi-generational mine, with a life of at least 40 years. The contemplated mine plan is based on four porphyry deposits within our land package and our exploration licence area holds additional deposits with future upside potential.”

The project was put on hold in 2011 owing to a long-running dispute with Pakistan over the licensing procedure the jobs. However, Barrick Gold agreed to resume work on the project and get the mine back on track after reaching an out-of-court settlement, under which the previous $11 billion penalty against Pakistan was forgiven.

Bristow continued: “At Barrick, we know that our long-term success depends on sharing the benefits we create equitably with our host governments and communities. That’s why we wanted Balochistan’s share of the venture to be fully funded, 10% by the project and 15% by the Government of Pakistan.

Barrick Gold Corp. has far outpaced the rest of the bullion industry in surviving a soaring costs dilemma in 2021 and 2022, but it is now facing inflationary headwinds for the first time.

Barrick announced a preliminary statement Thursday, in which it said gold production for the first quarter was lower than the previous quarter, according to its earlier forecast. At the same time, all-in sustaining costs per ounce are anticipated to be 19-21% greater than in the fourth quarter. Apart from a 20% decrease in gold ounces produced and sold, the company didn’t provide further guidance.

Egypt is looking to unlock its vast untapped mineral potential, as the country currently only has one commercial gold mine in operation, Centamin’s (LON:CEY) (TSX:CEE) Sukari. Egypt holds a rich mining history that ultimately led to Pharaonic gold jewellery, and one of the biggest gold markets in the world. However, mining has languished in the country as legislative blocks have been in place for years.

The country opened up new tender rounds in a bid to bring in $1 billion of investment every year. While gold is the focus, copper also holds high potential, and would be a good catalyst for an economy that has been hit hard by COVID-19. Five firms signed gold exploration contracts in Egypt, one of them being Barrick Gold (TSX:ABX) (NYSE:GOLD).

The company signed four gold exploration deals in Egypt’s Eastern Desert, according to the ministry of petroleum and mineral resources. Barrick will explore in 19 new blocks in the Eastern Desert after it won the international tender launched last year. While far short of the $1 billion target, initial exploration investment will total $8.8 million.

This is the first time Barrick will operate in Egypt, in a bid to tap under-explore and undeveloped reserves that have largely sat dormant.

A long period of dormant mining activity was primarily due to Egypt’s past system of royalties and profit-sharing agreements. By increasing rates on miners, companies found it difficult and unprofitable to explore for and mine minerals in the country. In 2020, the country finally streamlined regulations and made it easier for mining companies to form joint ventures with the Egyptian government. To increase investment and interest in the country as a mining jurisdiction, the state also limited royalties to a maximum of 20%.

While still high among many other industry standards, this improved outlook for the mining industry in the country has Barrick exploring in a region that is largely untapped.

A Line Forms to Get in the Door

Other companies that won concessions include B2Gold, Centamin, AKH Gold, Lotus Gold, and Red Sea Resources, and Aton Resources. Another Canadian company, Aton Resources (TSXV:AAN) secured a license in early 2020 and launched its exploration drilling and development program shortly after.

While a small start, the first companies entering Egypt’s mining industry now are some of the biggest players from around the world. Canada is well-represented in the group, as Barrick and Aton begin their activities with ambitions to bring projects on line and into production as quickly as possible.

The new framework for the sector with the elimination of a requirement to form joint ventures and the capping of state royalties at 20% is a welcome change for miners who aim to explore and mine in the country. One major barrier that remains is the tendering process itself.

Sami El Raghy, Chairman of Australia-based Nordana Pty Ltd. said, “No other successful mining countries use this process. They all have a clear transparent mining laws stipulating the qualification, obligations and the right of investors. (They) work on the principle first come, first served.”

The $1 billion investment target is a big one, and the millions being poured into Egypt’s mining and energy industries now are a drop in the bucket. However, the government has set a target date of 2030 for this goal for this key geographical and trading partner that links Africa with the Middle East. To meet it, more open laws and structures may be necessary before the country begins to see the kind of investments that could feasibly get it to its target by 2030.