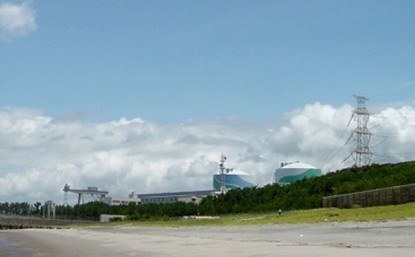 No doubt this has been a tough year for commodities. A bear market like the one gold is experiencing right now hasn’t been seen since 2008. Meanwhile silver has been facing similar doldrums. And let’s not go into oil. Over the past several months, however, a bright light has emerged in the otherwise depressed commodities market. That bright light is uranium.

Over the past three years, or essentially since Japan’s Fukushima earthquake, the uranium market has faced undoubted hurdles. Japan’s earthquake and the damage this caused to the country’s nuclear program put a dark cloud on uranium. Uranium had essentially a PR nightmare, and following Japan’s earthquake in 2011, the price of the commodity dropped from $70 a pound to as low as $34.50 a pound.

November, however, was a different month for uranium, as the commodity enjoyed a fairly dramatic uptick in spot pricing.  In fact, the Global X Uranium ETF reported that uranium was up 19 per cent for November and is now trading at its highest level in 18 months.  The spot price of uranium as of November 19th is $44 a pound, which has put less pressure on uranium sellers.

There are several reasons for the positive news in uranium prices.  One, on November 7th, it was announced that the Kyushu Electric Power Company received the okay to restart its two Sendai nuclear reactors in Japan, which will be the first reactors to be restarted since the 2011 meltdown.  Clearly this announcement has helped further ignite activity in the uranium market.  Second, China’s continued work in developing its own nuclear energy program will undoubtedly help to increase demand for uranium in the long-term.

But what’s been perhaps most influential in the uptick in uranium prices is the fact that prior to Japan’s announcement, several utilities made large purchases of spot uranium.  In November, one U.S. utility purchased 10m pounds of uranium.  To put that in perspective that represents about one fifth of the total amount of uranium that U.S. utilities purchased all of last year.

The question now is how to best interpret these facts and what are some of the other things that need to be known in order to make a comprehensive, enlightened decision on how uranium will perform in the future.

Some considerations that perhaps haven’t been given as much attention as they should:

The price of $44 a pound for uranium is certainly much better than when uranium was bottomed out at $28 a pound.  Keep in mind, however, that we’re in the early chapters of a potential price rebound.  Key indicators like the restarting of the nuclear program in Japan and the fact that many utilities long-term uranium contracts are coming to an end bode well for the commodity.  Still, this is very early in what may or may not turn out to be a long-term price rebound.

What should also be considered is that in order to achieve profitability, uranium producers need a price level between $65 and $70 a pound, not $44 a pound.  Without a further uptick in prices, there’s little incentive for producers to mine more uranium.

Trading so far thin and primarily on the spot market

The uranium market has enjoyed resurgence in part because utilities have re-entered the market.  Many utilities established long-term, 10-year uranium contracts in 2006 and 2007.  In 2007, about 92 per cent of all uranium was sold under long-term contracts.  Utilities need uranium once more, which gives a reason for the utilities re-entering the market in November.  That also means that many utilities will be in search of new uranium supplies over the next several years.

However, it’s important to realize that, one, thus far trading on the uranium market has been fairly thin despite the increase in uranium prices.  It’s also important to understand that recent purchases of uranium have been made on the short-term spot market, with little or no change on mid or long-term uranium prices.  How utility companies will be able to negotiate prices in new long-term contracts will undoubtedly play a role in how much opportunity uranium brings to investors.

Due to continued diplomatic tensions between Russia and the United States and Western Europe, an agreement has come to end between the United States and Russia allowing Russia to provide commercial grade uranium to the U.S. from dismantled nuclear warheads.  This obviously has had an affect on uranium supply.  Looking ahead, assuming tensions between Russia and the United States remain, a possibility exists that Russia could put further restrictions on their uranium supply, which of course would have an influence on future uranium prices.

It’s unfortunate that a beginning resurgence in the uranium market represents essentially one of the few highlights in the commodities this year.  Be that as it may, there are many factors that play into uranium’s reversal and given the fact that long-term uranium prices remain questionable, how sustained this market reversal will be remains to be seen.