There may come a time in the not too distant future when copper will be in shorter supply than the current shortage of rare earth elements (REEs). While this is not the situation today, an examination of the longer-term outlook for copper indicates this scenario might not be so far-fetched.

According to the International Copper Study Group (ICSG), a global production deficit of 92,000 metric tonnes was recorded for copper as of January 2012. Furthermore, ICSG estimates that worldwide usage in 2011 increased by 3.2% over the previous year while mine production remained unchanged. Market commentator Jack Lifton says the world has essentially ignored the need for copper, which he calls “the nerves of our civilization” because of its importance to a modern society. In a recent speech, Lifton says if this trend continues, where global copper production is less than the increase in demand, the copper deficit could make the REE shortages seem minor by comparison.

The REE deficit highlights a growing concern about how other minerals and metals might be similarly affected. It is not by chance that China became the world’s supplier of rare earth minerals. It promoted mining as economic reforms advanced in the country, foreseeing the need for metals in a rapidly urbanizing society. China encouraged all types of mining, including REEs, and became so efficient that other countries stopped producing REEs and purchased supplies from China instead. China now produces 97% of the global REE supply and has a captive market for its products. When China began to restrict exports in 2010, the outcry from countries such as the US and Europe captured media headlines around the world. Yet I believe our central focus should not be on China’s monopoly on rare earths but on why such a deficit exists in the first place.

A number of factors are constraining the advancement of mineral projects around the world. Top of mind is the ongoing market volatility related to the debt crisis in the Eurozone and the continuing effects from the global economic recession. As a result, investors are now demanding a return on capital and limiting their exposure to further risk.

Recently, Rio Tinto’s chief executive Tom Albanese addressed investor concerns over spending discipline saying miners are aware of how important this is to shareholders. However, he pointed out that the longer-term impact of spending less on resource development and expansion will be less metal supply in the future.

In an article from The Australian newspaper, Albanese was quoted as saying, “Each of you want your money back, you want buybacks, dividends and you don’t want us spending as much money, even if we’re making money… We respect that, we’re hearing it, we know our peers are hearing it, but that means there’s going to be less supply coming into the sector.”

In North America where many of the advanced technologies and applications that use REEs and other minerals originated, there is a dearth of resource developments due to environmental activism, lengthy permitting processes and even litigation. Stringent environmental reviews and regulations are necessary, but more and more the anti-mining sector is simply relying on unsubstantiated rhetoric, spending their funds on advertising and money-raising and nothing on science or research. This anti-development stance is a large contributing factor in the direct loss of high-paying resource employment and the indirect loss of many manufacturing jobs related to the uses and applications of REEs and other minerals. REE applications are at the leading edge of many advanced and energy efficient technologies, such as permanent magnets, rechargeable batteries, etc. China and other primary metal or mineral producers are requiring manufacturers who need their minerals and metals to set up manufacturing plants in their countries for export to the more developed countries of the west, thereby moving these manufacturing jobs out of the US and other western countries.

Additional factors that could play into the shortfall of REEs and other minerals include the escalating costs of developing a mine and the decreasing ore grades of current producing mines. Labour and material costs are rising and regulatory processes now take longer than at any other time in history, requiring more capital and time to put a mine into production.

Minerals and metals are essential to our quality of life, particularly copper. Copper is a critical metal that has strategic value as a contributor to our economic growth and development. It is important that we examine how to increase our production and safeguard our access to copper as well as other essential metals so we are not solely dependent on external sources to meet our needs. 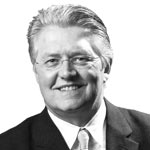 Based in Vancouver, Ron Thiessen is CEO of Hunter Dickinson Inc. a leading diversified, global mining group with more than 25 years of mineral development success.