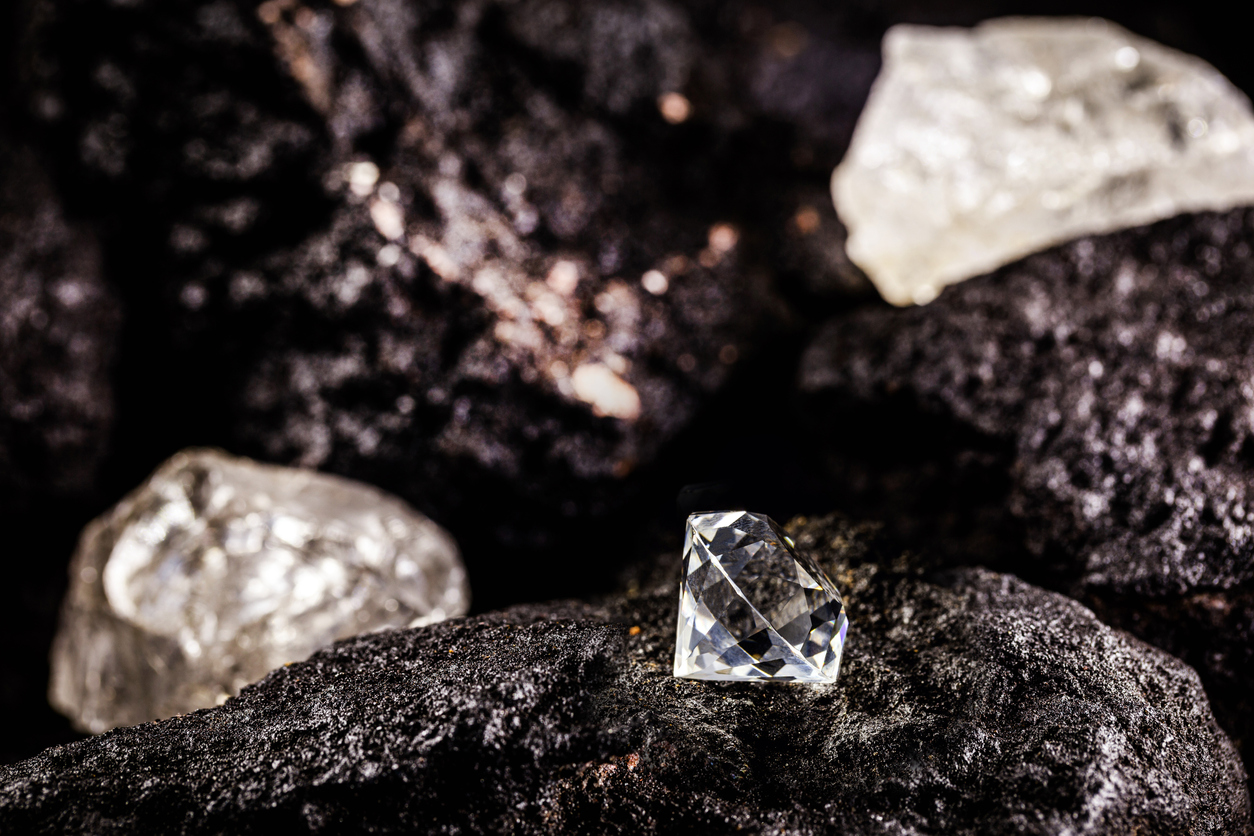 Lucara Diamond (TSX:LUC), a leading independent producer of exceptional quality type IIa diamonds, said on wednesday that the global market for diamond jewelry and rough diamonds is at one of the healthiest places it has been in several years.

The Vancouver-based miner believes it is a trend it can expect to see continue into 2022 as targets are being set accordingly. These positive market changes ​​were spurred on by an improvement in global supply and demand fundamentals, Lucara said in a statement.

Lucara anticipates producing up to 340,000 carats which are planning to be sold through its multi sales channel approach and could generate revenues up to between $185 and $215 million. The following 2022 year also marks the tenth year their 100% owned Karowe mine in Botswana has been in operation.

These figures do not include any estimated contributions of revenue from large, exceptional diamonds that have historically formed a regular part of Karowe’s production profile, the company said.

The Karowe mine, which actually means precious stone in the local Botswana language, began operations in 2012. It is one of world’s most well known producers of large, high quality, Type IIA diamonds, mostly 10.8 carats, including the famous and historic 1,758 Sewelô, the 1,109 carat Lesedi La Rona and the 813 carat Constellation.

The only other major diamond ever unearthed at that site was discovered in South Africa in 1905, the Cullinan Diamond. The huge diamond was then cut into smaller stones, and some were even placed in the British royal family’s crown.

“The business environment for diamonds and diamond jewelry is the healthiest we’ve seen in several years,” CEO Eira Thomas said in the statement.

The diamond market faced some difficulties over the last year due to the global COVID-19 pandemic, with some folks having increasing concerns that the market may take years to recover. However, intermediaries who polish, cut and trade stones seem to be purchasing every miner’s supply, even as big names such as Alrosa and Anglo American’s De Beers raise their prices.

According to the company website, over 6,900 diamonds of +10.8 carats have been discovered, as well as 25 +300 carat diamonds and three huge +1000 carat diamonds. The forecast for 2022 revenue assumes that 100% of the stones and carats recovered will come from the higher value M/PK(S) and EM/PK(S) units within the South Lobe, which is in accordance with their mine plan.

Diamonds that have a higher value than +10.8 will continue to enter the manufacturing pipeline at HB, allowing the company to gain exposure to polished prices and regular cash flow as these larger diamonds are of the highest value.

Open-pit operations will finish by 2026 at Karowe, however, Lucara also has an underground mining expansion project that was supported by the completion of a supplemental debt financing package in 2021. The company says it was a  “significant de-risking milestone” for themselves and the mine.

“The underground expansion at Karowe provides access to the richest portion of the orebody and will extend mine life to at least 2040. The project remains on schedule and budget, with a forecasted spend of up to $110 Million in 2022,” Thomas said in the statement.

The underground expansion will focus on the commencement of shaft sinking activities, the commissioning of power, and detailed engineering for the underground development. Sustaining capital and project expenditures are expected to be up to $17 million with a focus on completion of a community sports facility, dewatering activities, and an expansion of the tailings storage facility, the company said.

Thomas touched on the underground expansion updates in a previous press release, saying “These developments have significantly de-risked Lucara’s outlook on growth and has positioned the Company to benefit from a stronger, more stabilized diamond price environment as global rough diamond supply remains constrained.”

The decision to move the Karowe mine underground comes after Botswana renewed Lucara’s mining license in early January for another 25 years. The total cost of moving the mine is around $514 million and will take about five years to complete and extend the mine’s life up to 20 more years.

Lucara owns 100% of the Karowe mine in Botswana and owns 100% interest in Clara Diamond Solutions, a sales platform designed to bring the existing diamond supply chain digital and more accessible in the modern era.

The company highlighted its digital sales platform in the statement as it continues to help the company grow and expand in terms of volumes traded and customer participation. Lucara plans to continue ​​platform trials and discussions with third-party suppliers of rough diamonds to build supply.

“The rationale for a web-based digital sales platform for the transaction of rough diamonds has never been stronger, sparked by industry’s need for increased transparency, global restrictions on travel, and a new openness to the use of innovation and technology to create a more efficient supply chain,” Thomas said.

Quarterly tenders and regular sales through Clara, primarily for stones less than 10.8 carats in size will continue, consistent with the practise from previous years, the company said.

Although Lucara is optimistic about the diamond market going into 2022, DeBeer’s is experiencing the opposite of what Lucara is claiming. The world’s largest diamond miner by value reported on Wednesday it has sold $430 million worth of rough diamonds this month, compared to the $492 million in sales obtained in the previous cycle.

The diamond miner is based out of Vancouver and was originally incorporated in 1981. In 2018, Lucara completed the acquisition of Clara, their digital sales platform that “uses proprietary analytics together with cloud and blockchain technologies to revolutionize and modernize the diamond sales process.”

Lucara issued 13.1 million shares to the former shareholders of Clara upfront along with equity payments totaling 13.4 million shares which become payable upon the achievement of performance milestones related to total revenues generated by Clara.

The company agreed to a profit-sharing mechanism whereby the founders and facilitators of the Clara technology, and management of Clara, will retain 13.33% and 6.67%, respectively, of the annual EBITDA generated by the platform, to a maximum of US$25 million per year, for 10 years.

In other recent diamond news, Rio Tinto (ASX:RIO) just became the sole owner of the Diavik Diamond Mine in the Northwest Territories in Canada. The transaction follows a 19-month process prompted in April 2020 by Dominion Diamond Mines ULC filing for insolvency protection under the Canadian Companies’ Creditors Arrangement Act. The mine employs over 1100 employees, of which 17% are Northern Indigenous people, and in 2020 it produced 6.2 million carats of rough diamonds. Production is expected to finish in 2025.