We last wrote to you roughly ten days ago.

We concluded, “It appears GDX and GDXJ will test their September lows at $37 and $52 reasonably soon. Should GDX & GDXJ break those lows to the downside, then we should get ready to buy.”

GDX and GDXJ did break their September lows but only for a day. They closed below those levels on October 29 and then gapped down the next day.

But as it stands, that gap lower figures to be the low in price for this correction.

The best sign for the sector is the technical outlook for the Dow Jones US Gold Mining Index, which is weighted heavily towards the largest handful of companies in the industry.

Since testing its 200-day moving average (and its 38% Fibonacci retracement), the index has rocketed higher on substantial volume. It has hit resistance, so it figures to soften over the coming days. 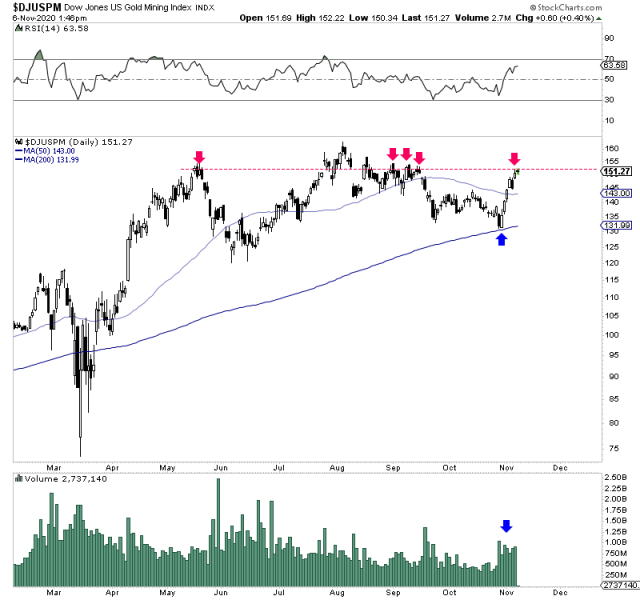 GDX and GDXJ, while not as strong, have managed to rebound. However, they are approaching similar resistance.

Consecutive daily closes above the red lines would confirm that the correction in terms of time is over. 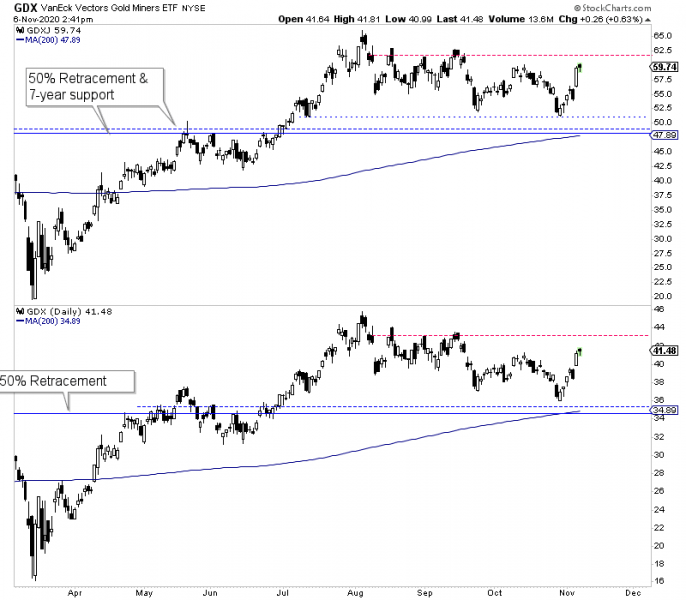 The average length of comparable corrections (in GDX) is five months and suggests one more leg down (but not new lows).

The weakest of the three similar corrections (February 2009) argues for GDX to move to new highs but correct back to GDX $42 by the end of the year. 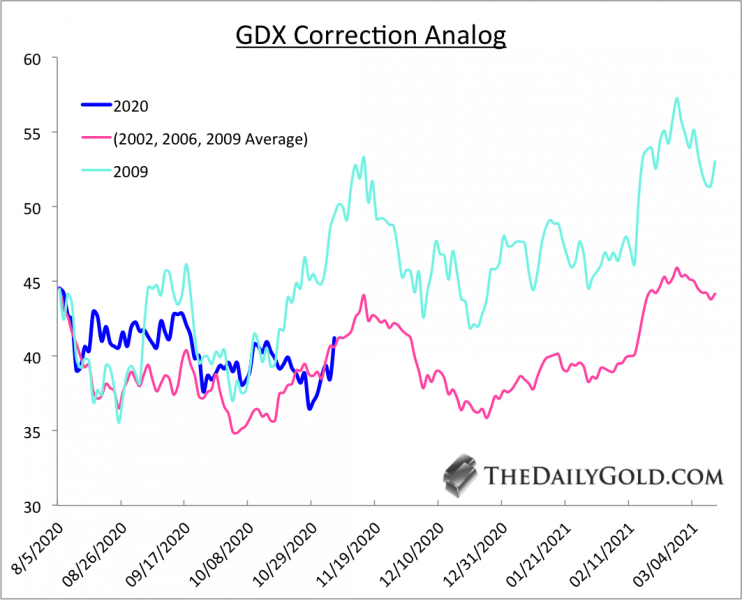 The good news is that the evidence suggests the corrective low in price is most likely behind us.

However, there isn’t enough evidence to suggest a launch higher has begun. It wouldn’t be out of the ordinary if miners chopped around for another two months.

That being said, we are far enough into the correction and, coupled with the price low likely in place, to want to be buyers on weakness.

In our premium service, we continue to focus on identifying and accumulating those stocks with significant upside potential over the next 12 to 24 months. To learn the stocks we own and intend to buy that have 3x to 5x potential, consider learning more about our premium service.