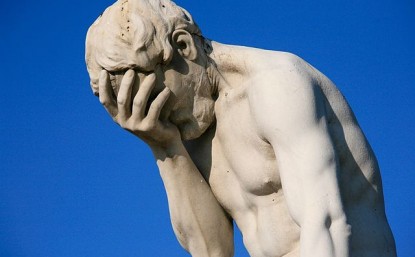 On November 17th, Continental Gold Ltd. (TSX: CNL) published a Preliminary Economic Assessment (PEA) of its development-stage Buriticá gold project in Colombia. It was a fantastic report: the mine expected to produce 4.8 Moz of gold, with annual production of 314,000 at industry-low cash costs of US$389/oz over the first five full years.

That meant that at a gold price assumption of US $1,200/oz, the Buritica project was estimated to have a post-tax net asset value discounted at 5% of US$1.08 billion and an after-tax internal rate of return of 31.5%. That’s big news in an industry that has a dearth of significant-size development projects with robust margins and low capital costs.

However, two days later, on November 19th, Mike Hocking of Scotiabank controversially called into question a number of the company’s calculations, suggesting that:

“Either the cut-off grade or the stated dilution number appears to be incorrect. The PEA news release has outlined a resource of 20.1Mt at a diluted head grade of 7.8 g/t Au and 19.4 g/t Ag at a stated COG of 3 g/t and total dilution of 58% at a nil grade. This implies that the mine plan incorporates a small subset (33%) of the total resource at a much higher cut-off grade than 3g/t used for the resource or that the mill feed has a lower quantity of dilution than the stated 58%…

If it is indeed a smaller subset of the resource we estimate that the undiluted ore tonnes total 8.4Mt at 18.6 g/t Au and 46.1 g/t Ag for 5 Moz Au and 12.5 Moz Ag, before recoveries. This implies that the remaining 16.7Mt, containing 2Moz in the resource have an uneconomic undiluted grade of 3.6 g/t Au and 16.5 g/t Ag and will not be included in our valuation, even as near term option value (i.e. on a $/oz basis).”

But, unfortunately, his argument is based on a misguided understanding of what dilution is.

Leading mining analyst, Daniel Earle, from TD Securities, cleared up the confusion created in a note to clients when he detailed how companies calculate mine plans from existing resource estimates. He pointed out that with a mine plan totaling 20.1 Mt at 7.8 g/t, including 58% dilution at zero grade, the mineable resource pre-dilution would have been 20.1/(1+0.58) Mt at 7.8*(1+0.58) g/t = 12.7 Mt at 12.3 g/t and not the much smaller 8.4 Mt that Mike Hocking came up with.

Daniel Earle concluded that the PEA results did not raise questions relative to the stated resources – that is, if you get the math right.