The total company leverage is calculated as debt to EBITDA or free cash flow. This metric is commonly used to assess a company’s ability to service its debt. When we first published this chart, it appeared there was still some runway left, as market caps were increasing in tandem. However, the ratio has now reached a record high, signalling that debt loads are at capacity. It appears the S&P 500’s torrid pace is running out of fuel, and it will be interesting to see how companies will continue to fake their growth. As depicted by debt margin, investors are borrowing at record levels to buy shares. Speculators are still trying to squeeze out as much as they can from an overbought market, and will be vulnerable to a sell-off. Once the selling begins, it will be exaggerated as investors begin to unwind their positions. This will bring about market capitulation, and even more downside for an extended time.

Bonus article for the week: Our friend Matt Geiger, resource fund manager, has finally forayed into cobalt, and has written an in-depth brief on an under-the-radar cobalt company. Matt is a deep value investor, see why this company passed his rigorous screens and due diligence. 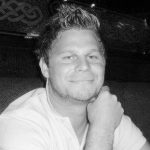