Up until that date, it was this author’s understanding that Rogers carried a disinterest toward mining company concerns, instead opting to invest in physical commodities themselves.

Why would Jim Rogers become involved with a small gold exploration company, and why Spanish Mountain Gold? Is there a merit to the company which he has identified ahead of other investors? In the process of answering these questions, I found myself speaking directly with Jim Rogers himself, as well as a grapevine of legendary investors of the last century, all of whom have been quietly building structural connections to and within, Spanish Mountain Gold.

In the fall of 2009, legendary U.K. based investor Ian Watson (former executive committee member of Burns Fry Ltd. – which assimilated into BMO Nesbitt Burns), felt compelled to reenter the junior gold mining sector. Founder of Galahad Gold, a junior mining investment vehicle which fetched a 66% average annual IRR for shareholders during its lifespan, Watson carries with him a team of associates and investment partners which include the likes of internationally known Jim Rogers, U.K. investor & former corporate raider, Jim Slater, and many other highly influential investors who have participated in his trail of success.

During an interview with the author, Watson rattled off his junior resource investment vehicle criteria without holding anything back. He stated, “The deposit should be in a reasonably safe political territory, it should have a strong resource position, reserves are ideal–but 43-101 compliant resources are sufficient in most cases, there shouldn’t be any serious environment problems on the horizon, there should be a strong balance sheet with cash and little to no debt and no major future capital liabilities, the future production should be unhedged, the cost per oz. of gold produced and the grade of course are critical factors, a very prospective deposit open to discoveries in all directions including depth, and lastly, management that has the ability to take a project through to production.”

Like the floating aroma of a thanksgiving turkey, Watson’s new investment attracted the attention and corresponding interest of a group of his associates: Jim Slater, Don Coxe, Jim Rogers, and Morris Beattie. Slater, easily one of the most famous U.K. investors during the 1960s and 70s, followed Watson’s lead by taking what has now grown to an over 10% interest in the company, while Coxe, Rogers, and Beattie all took positions on the board of directors.

Coxe, strategy advisor to BMO Financial Group, and TopGun Lifetime Achievement Award winner from Brendan Wood International, was recently asked by the author his thoughts on joining the company. He said, “[It’s] the people behind it…we share the same sorts of views on the commodities outlook, these are gentlemen of quality, success…By definition they do not engage in trivial ventures, their record is of identifying great wealth before other people do. They are serious people.”

If investment track records are any guide, Rogers, Coxe, Watson, and Slater, all legendary investors and stewards of capital, may help forge the company into one worth remembering. Additionally, Rogers appears to have identified solid merits which warrant his engagement. Based on his example and that of the board of directors, Spanish Mountain may be a long term bet worth considering. As Coxe further says, “I look for the big themes, the ones historians will be writing about in a hundred years—the Page Sixteen stories.” 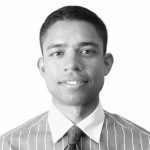