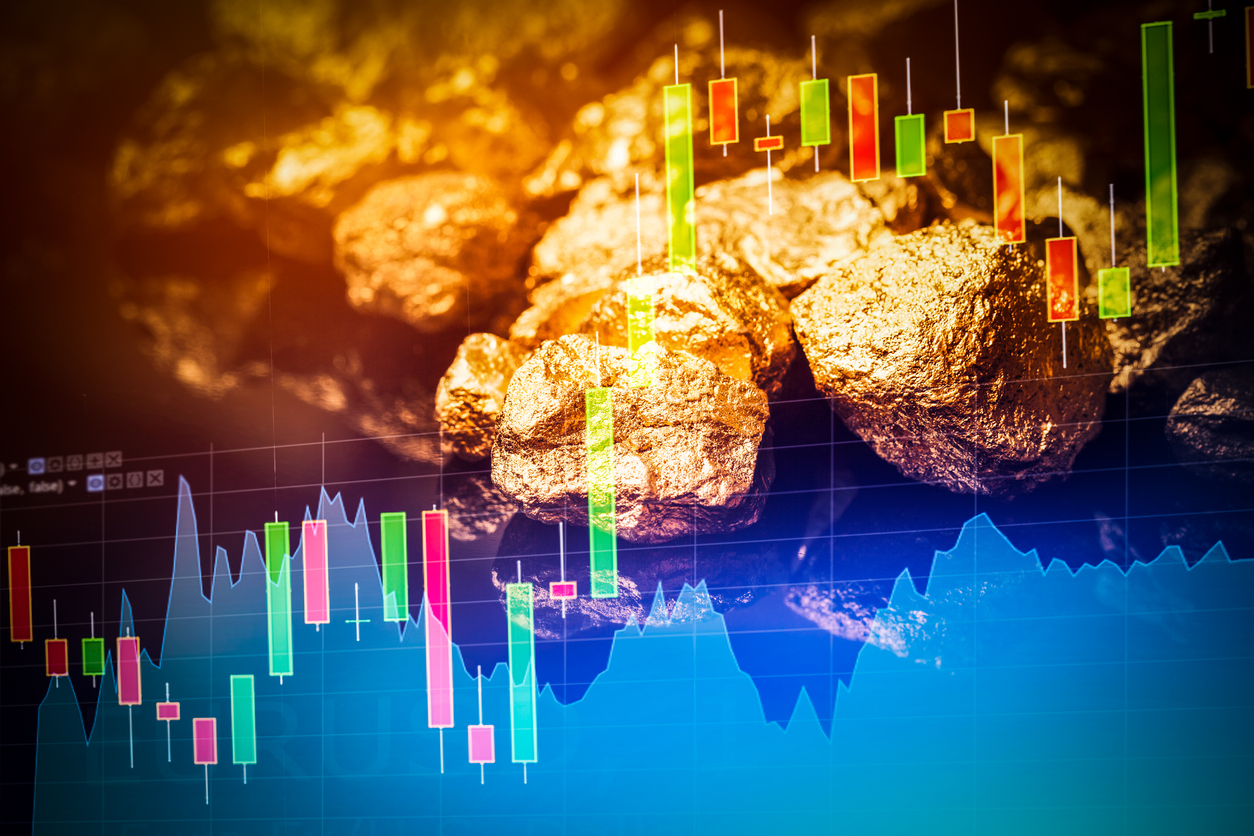 As global investor confidence continues to wane contributing to volatility in the equities markets, commodities are running their own course –supply concerns are pushing oil prices to their highest levels in over a decade while the precious metals sector characteristically responding to geopolitical uncertainty has driven up gold and silver prices dramatically.

And whereas strengthening gold and silver prices would be expected to boost senior mining firms’ profits, inevitably one would expect this to trickle down to the juniors in the form of M&A, JVs and equity investments. For that very reason, it may well be the perfect time for investors to add some gold equities and particularly junior golds to their portfolios. Let’s consider three Canadian gold stocks that may be worth a closer look.

Trillium Gold Mines (TSXV:TGM) (OTC:TGLDF), a Canadian gold exploration company, has amassed one of the greatest land packages in and around the Red Lake mining district, adjacent to major mines and deposits, as well as over 100 kms along the highly prospective Confederation Lake greenstone belt.  The company is currently trading at a fraction of its 2-year high despite the quantifiable advancement of its projects.

The Rivard Property has historically contained significant alteration and widespread gold mineralization in narrow high-grade veins in outcrops and trenches. This 90-hectare tract of land is immediately adjacent to Newman Todd and hosts oxidized quartz veins ranging up to 561 g/t that was mined by the Rivard family for over two decades.    The company is currently drilling and advancing the Newman Todd to an open-pit mining scenario.  Another property that holds tremendous promise is the 80%-owned Gold Centre located within a mere 350 metres from the world-famous Campbell-Red Lake Mine where Trillium is currently drilling to prove that Gold Centre is the extension of that prolific mine.

Centerra Gold (TSX:CG)(NYSE:CGAU) is a Toronto-based gold mining company with a market capitalization of about $3.8 billion. Its Mount Milligan mine in British Columbia accounted for almost 56% of its total revenue in 2021. The remainder of Centerra’s income for the year came from other operations.

Last year, the firm experienced several difficulties following Kyrgyzstan’s seizure of control of its Kumtor Gold Mine. This is one of the major reasons its revenues have dropped by almost 47% year over year to around $900 million in 2021. However, the company is currently engaged in discussions and negotiations with Kyrgyzstan’s government to help resolve the disputes as quickly as possible.

SSR Mining (TSX:SSRM) (NASDAQ:SSRM) is the last gold stock on the list that might be worth checking out. Last year’s revenue bump by nearly 73% last year to about US$1.5 billion was a big driver of its success.

SSR Mining’s strong revenue and production growth helped it post a solid 88.5% increase in adjusted net profits from the previous year, to about US$402 million. Its adjusted net profit margin also improved significantly in 2021, increasing to around 27.3 percent from 25 percent in the prior year.

A Banner Year Ahead

Despite the abundant geopolitical risks and challenges the global markets are facing, precious metals demand has been skyrocketing. This has caused prices for gold and silver to surge, which bodes well for companies in the precious metals mining industry.

That said, Trillium Gold Mines, Centerra Gold, and SSR Mining may be worth considering as potential additions to your portfolio right now. All three stocks have reported encouraging results recently and continue to look to a future full of prospective discoveries, higher revenues, and profits.

In relation to the May seizure of the Canadian company’s Kumtor gold mine, two sectors of Canada’s Centerra Gold (TSX: CG) have filed a motion in a US Bankruptcy Court seeking penalties of $1 million a day against the Kyrgyzstan government.

The company’s Kumtor Gold Company (KGC) and Kumtor Operating Company CJSC (KOC) submitted the motion to the US Bankruptcy Court for the Southern District of New York.

The motion claims that the Kyrgyz government “blatantly and continuously” violates the court’s orders and has “continued and intensified” its efforts to deprive KGC and KOC of the protections afforded to them under Chapter 11 of the US Bankruptcy Code.

Bankruptcy proceedings following the nationalization of the miner’s Kumtor gold mine by the former Soviet republic were commenced by KGC and KOC in May, Centerra said. In the same month, the government seized control of Kyrgyzstan’s most significant foreign investment project in a move challenged by Centerra Gold through international arbitration.

The motion is also seeking the Kyrgyz government’s efforts to dismiss the case, and claims there have been “continued and willful” violations of the automatic stay given by the Bankruptcy Court.

It was also reported earlier this month that the Kyrgyz state security service and prosecutors had gathered enough evidence to continue on with removing Centerra from the Kumtor Gold mine.

This follows an investigation into “possible corruption” in a deal that gave Centerra control and “subsequent amendments” over the country’s biggest gold mine.

A spokesperson for Centerra explained to Reuters, an author for mining.com, that “While we continue to pursue all measures necessary to protect the company’s rights related to the Kumtor mine, in arbitration and in other legal proceedings, the company has consistently stated that it remains willing and available to engage with the Kyrgyz government in a constructive dialogue on the matters it considers to be the subject of dispute.”

Centerra’s CEO, Scott Perry said earlier this month that following the Kyrgyzstan government’s seizure of the Kumtor mine, Centerra remains “financially strong” as its other operations have been performing well.

Centerra currently owns three mines including the Kumtor mine in the Kyrgyz Republic, along with the Mount Milligan Mine in Canada, and the Öksüt Mine in Turkey.

Perry also explained in a public letter to the people of the Kyrgyz Republic that “Centerra Gold recently announced plans to invest an additional US$2 billion to extend the life of the Kumtor Mine once again. That is all on hold now because of what has happened.”

Centerra does deny the corruption allegations, and ​​the motion will be presented to the Bankruptcy court on September 15 from KOC and KGC attorneys.