The Lithium Americas Corporation (TSX:LAC) has announced the opening of its new Technical Development Center in Nevada. The new center was built to demonstrate the chemical process designed for the company’s Thacker Pass lithium project. Last month, initial production successfully produced 5 kg of battery-quality lithium carbonate. This is a major step forward for Lithium Americas, as it continues to move towards the production of its lithium carbonate product.

Lithium carbonate is a key ingredient in the production of lithium-ion batteries, which are used in a wide range of applications including electric vehicles, laptops, and cell phones. The new Technical Development Center will allow Lithium Americas to further optimize the process flowsheet for the Thacker Pass project and produce larger quantities of lithium carbonate product.

This is not the only U.S. initiative to advance battery metal tech for the supply chain. Ford and Rio Tinto (ASX:RIO) announced an initiative to build out a mining and battery metals supply chain for electric vehicles that could help the automaker secure supplies at a time when demand is expected to surge. The two companies will work together to develop battery minerals including lithium, cobalt, and nickel in the United States and around the world.

The official opening of the Lithium Technical Development Center marks the beginning of a new period of test work and production. The facility is 2800m2 and the company will use it to test new target ores and brines. The Center has a state-of-the-art analytical laboratory which can analyze ultra-pure lithium compounds. For the commercial work done at the facility, Lithium Americas will work with UNV Reno.

The processing facility is fully commissioned and operational, with state and federal permits already in place, and so the company will move ahead with planned construction on the Nevada lithium operation. Jonathan Evans, president and CEO of Lithium Americas stated: “As we prepare to break ground on Thacker Pass, we have never lost sight of our broader responsibility in developing the largest and most advanced new source of lithium in the U.S.”

Highlights from the Lithium Technical Development Center are as follows: 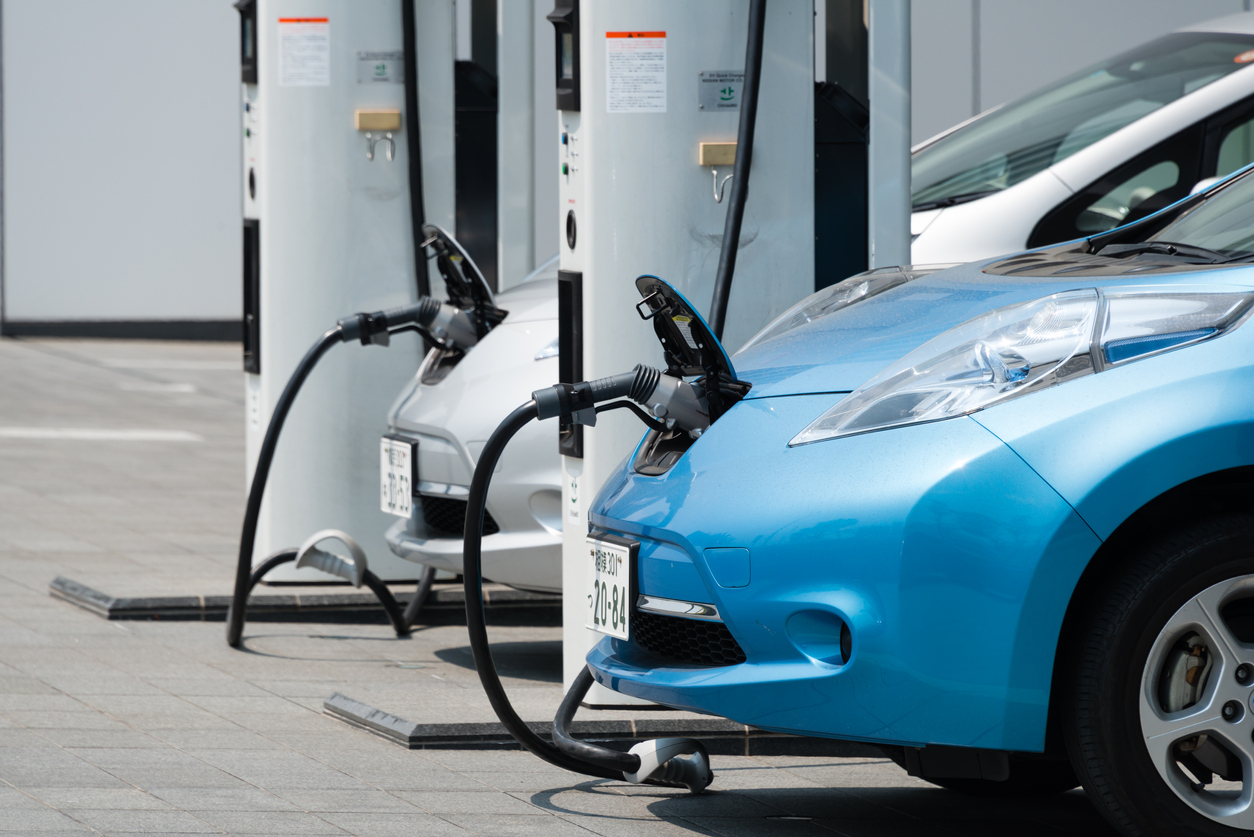 As the shift towards electric vehicles (EVs) gears up to full speed, rising opposition towards new mines in regards to the environment has started to become louder in recent months. The United States has plenty of reserves of copper, lithium, and other important metals to build millions of EVs, but looming concerns surrounding existing and future mines may end up delaying this transition.

The tension between environmentalists and miners won’t be going anywhere as we head into 2022, when US policymakers are expecting groundbreaking moves from big names such as Ford Motor Co, General Motors, and more.

Just earlier this year, President Joe Biden danced around the idea that he prefers to rely on outside allies to supply EV parts in an effort to calm down environmentalists. For U.S automakers, this choice could result in stressful competition with international suppliers as everyone seems to be ready to go electric. Biden also issued an executive order to ideally create half of all new vehicles electric in 2030.

Choosing to import metals rather than getting them from the US is somewhat counterproductive from an environmental standpoint. It could end up boosting greenhouse gas emissions when shipping overseas to the US processing facilities, which defeats the purpose of building EV’s in an effort to combat these climate issues.

Those estimates were made based on the volume of minerals used to make the world’s most popular EV, the Tesla Model 3, according to a study by Benchmark Mineral Intelligence. Other EV models and companies may use a different volume depending on their make and design.

James Calaway, executive chairman of Ioneer Ltd, a lithium-boron supplier, said “If we don’t start getting some mining projects under construction this coming year, then we will not have the raw materials domestically to support EV manufacturing.”

Many states have chosen to or are on the fence about opposing future mining projects and reversing decisions already made regarding building new mines. Washington is one of the places still figuring out how to balance regulating mining and the environment. For example, the U.S Fish and Wildlife are adamant about labelling a rare flower that lives on Ioneer’s Nevada lithium site as endangered. Simultaneously, The U.S Department of Energy is deciding if they are going to lend the company over $300 million to build the mine.

In Minnesota, state regulators are debating whether or not to revoke or reissue permits to PolyMet Mining Corp, which is controlled by giant miner Glencore. In early 2022, judges will decide whether or not to reverse mines that were already approved by Former President Donald Trump to Lithium Americas (TSX:LAC) and Rio Tinto PLC (ASX:RIO).

Even Biden chose to block Antofagasta Plc’s (LSE:ANTO) Twin Metals copper and nickel mine project in Minnesota for 20 years this past October. The future underground mine would have been a major copper supplier towards EV’s in the US.

Despite that decision, the White House is working towards showing its support for the mining industry, including Lithium Americas’ proposed lithium mine, and a California geothermal lithium project funded in part by GM.

It will be a long-lasting challenge trying to balance what is best for the environment and what needs to happen for the economy in order to support the mining industry and green transition.

Lithium Americas (TSX:LAC) announced on Monday they have decided to make an unconditional offer to obtain all of the outstanding shares from MilleniumLithium at $4.70 per share. The total offer sits around $400 million, and would result in an approximately 9.9% ownership of Millenium Lithium for shareholders, according to Friday’s prices.

About a month earlier in late September, China’s Contemporary Amperex Technology Co. (CATL), which is the world’s leading EV battery manufacturer, was shown to have been the highest bidder for Millenium Lithium. They created an offer of a total cash consideration of approximately C$377 million ($297m), which would be C$3.85 per share, however, Lithium Americas now has the highest offer.

The Millenium Lithium board has deemed this as the “superior offer” and has given CATL 10 business days to respond or match the offer if it chooses to do so.

Millenium Lithium has two non-producing lithium brine projects in Northern Argentina, which are the Cauchari East and Pastos Grandes lithium projects. The Cauchari East project is situated in the heart of the lithium triangle, which makes less of an impact on the environment while providing high-quality lithium. The Pastos Grandes project has had 23 wells drilled and covers a total of 12,619 hectares. Combined, these two projects have 4.12 million tonnes of lithium carbonate equivalent (LCE) in measured and indicated resources.

Other than their recent bid, Lithium Americas also has new and ongoing developments. The Company and its partner Ganfeng Lithium are currently developing the Caucharí-Olaroz lithium project in Jujuy province, Argentina. The project is expected to enter production in Q3 2022, and development is already underway for the Stage 2 expansion.

The Caucharí-Olaroz project actually got its name from the two salars in northwest Argentina where the project is located. It has an annual production capacity of 40,000 tonnes lithium carbonate equivalent (LCE) over a projected mine life of 40 years, but the stage 2 expansion is expected to add at least 20,000 tpa of production capacity to the operation, starting in 2025.

Jonathan Evans, CEO of Lithium Americas said in a news release: “In proximity to Caucharí-Olaroz, Millenium’s 100%-owned Pastos Grandes lithium brine project represents an attractive regional growth opportunity for Lithium Americas. As we bring Caucharí-Olaroz into production over the next year and continue to advance our Stage 2 expansion planning, the addition of this highly complementary lithium brine resource further enhances our long-term growth strategy in Argentina and leverages our technical and development expertise.”

Lithium Americas also has a second project on the go called the Thacker Pass, which is the largest known lithium resource in the United States. It is located in Nevada and already has a mine life of 46 years. This mine is actually located within an extinct supervolcano called the McDermitt Caldera, which formed 16.3 million years ago.

The Era of Lithium-Ion

Lithium is so important and widely used in everyday items such as mobile phones, remotes, laptops, digital cameras, and electric vehicles. It is used for making rechargeable lithium-ion batteries which all of these items heavily rely on. It is also used to make items without rechargeable batteries such as pacemakers and clocks.

The price of lithium spiked suddenly at the beginning of 2021 due to the high demand of the electric vehicle market. As long as this market remains in high demand and production stays steady, the need for lithium remains strong. As the trend of electric vehicles continues, lithium also plays a part in clean energy technology.

Lithium has a higher energy density and a longer lifespan than other metals and batteries, which is why it is great for efficient energy storage and electric vehicles. This high demand for products with rechargeable batteries and the electric vehicle movement is a great thing for lithium miners because it shows the market and demand are not slowing down any time soon.