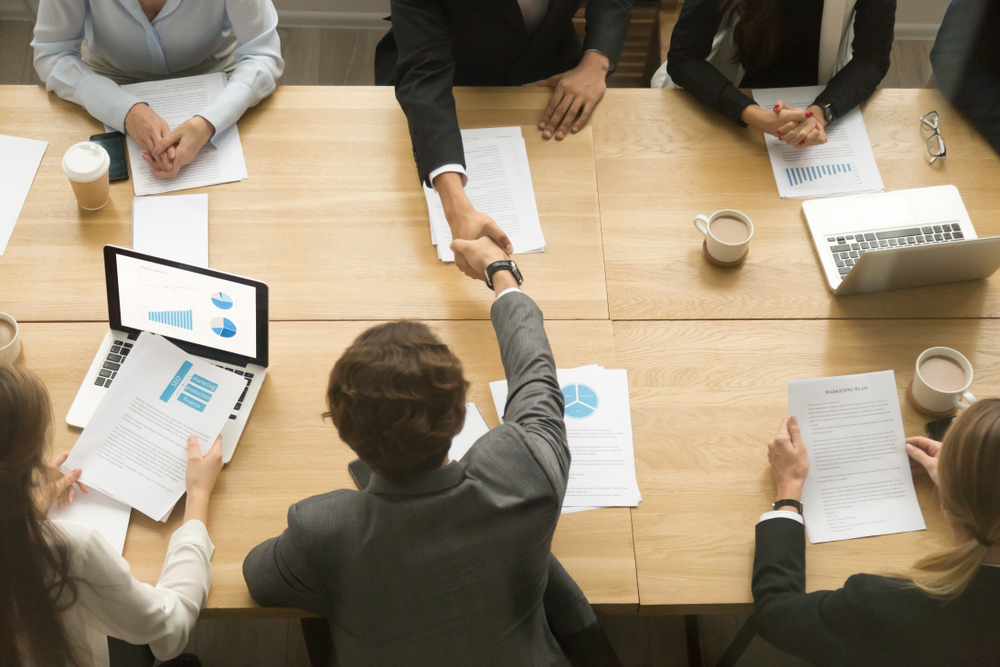 Canada’s share of the global metals and mining industry mergers and acquisitions deal value was totalled at 23.7% in February 2021. While the COVID-19 pandemic slowed some of the dealmaking over the past 12 months, (February marked a drop of 22.81% over the 12-month average), 2021 is proving to be a strong start for the industry on the road back to normal.

Heading in the Right Direction

Total M&A deal value was marked at $743.23 million for February, with the top five deals accounting for 93.2% of the overall value, or $164.08 million. The high concentration of these high-value strategic deals demonstrates the continued power of the major miners and their ability to expand portfolios and vacuum up market share.

American Lithium took the significant step of acquiring Plateau Energy Metals to consolidate two “significant and strategic” undeveloped lithium assets in the Americas. This deal is poised to take advantage of the rapidly growing demand for lithium as the electrification of the global economy continues to accelerate with vehicles and battery production.

Avalon signed the letter of intent paving the way for their ownership of 2333382 Ontario Inc., a private company that owns four industrial minerals properties and a demonstration-scale processing plant located in Matheson, Ontario. The total purchase price will be marked at $16 million, payable over two years in a combination of cash and common shares of Avalon.

Fancamp will get the benefit of ScoZinc’s Scotia Mine, a near-term cash-flow-generating asset. It will also allow the company to continue to advance its exploration and titanium technology strategies. The deal aims to bring the Scotia Mine to production using Fancamp’s strong balance sheet, accelerating the project’s timeline.

A Rising Tide Lifts All Boats

The continued acceleration of M&A activity this year would be a boon for the industry overall, as numbers dropped across the board around the world in 2020. While domestic deals are still popular, large-scale cross-border deals have the biggest potential to drive larger M&A value over the coming months. The improving overall economy will also help the deal-making environment.

As companies continue to acquire, consolidate, and shore up operations, the sector will find itself concentrating capital in fewer winners every quarter. The companies holding a strong balance sheet now with a forward-looking strategy will be the ones lifting the tide for all the miners out on the choppy waters this year.

Pipeline Activity Index (PAI) decreased for the second consecutive month in July, then slightly improved in August on the back of a record number of significant drill results. Both months remained below the PAI’s 2011 year-to-date average and well short of the March 2011 high, as the increased exploration activity was not enough to counteract uneasy markets that are making capital raising difficult, particularly for base metals companies.

The industry’s aggregate market cap increased slightly to $2.35 billion in July, before fears of stagnant global economic growth and a potential double-dip recession dragged market caps down to $2.19 billion in August—the lowest level since November 2010.

The number of significant drill results announced hit a record high in August, increasing for the fourth consecutive month. Gold explorers continue to be motivated by record-breaking bullion prices, while copper- and silver-focused exploration has helped drive the number of base metals results to their highest levels since before the 2008-09 recession. As has been the case throughout most of 2011, North America and Latin America continue to be the dominant regions for successful drilling, with Africa also contributing significantly to gold results and Australia-Pacific accounting for 25% of the base metals announcements in July and August.

The number of initial resource announcements made in July and August is the lowest two-month total since July-August 2010. This may be partly explained by seasonal factors, such as a focus on summertime exploration programs. Probe Mines’ (TSX-V: PRB) Borden Lake project in Ontario with 4.06 million oz of contained gold and Atacama Pacific Gold’s (TSX-V: ATM) Cerro Maricunga project in Chile with 3.56 million oz were the two largest initial resources announced in the period.

The number of significant financings (US$2 million minimum) completed remained relatively steady in July, before market tumult resulted in only 56 financings closing in August—the lowest one-month total in more than a year.

The two-month total was 10% higher than the May-June total, but included $438 million raised by Detour Gold (TSX:DGC) for development of its 20-million-oz Detour Lake gold project in Ontario. Difficult market conditions had an even stronger impact on base metals companies, as the amount raised in July-August failed to top $1 billion for the first time since January-February 2010.

The MEG Pipeline Activity Index (PAI) measures the level and direction of overall activity in the supply pipeline, incorporating significant drill results, initial resource announcements, project development milestones, and significant financings into a single comparable index. The PAI is featured in the MEG Industry Monitor—a series of comprehensive graphs and charts, with related commentary, illustrating MEG’s analysis of monthly changes and emerging trends in the base and precious metals pipeline. Using information only available from MEG through MineSearch, Exploration Activity Services, and Acquisitions Services, the Industry Monitor tracks developments based on announcements over the past 26 months of significant drill results, initial new resources, project development milestones, significant financings, and acquisitions.