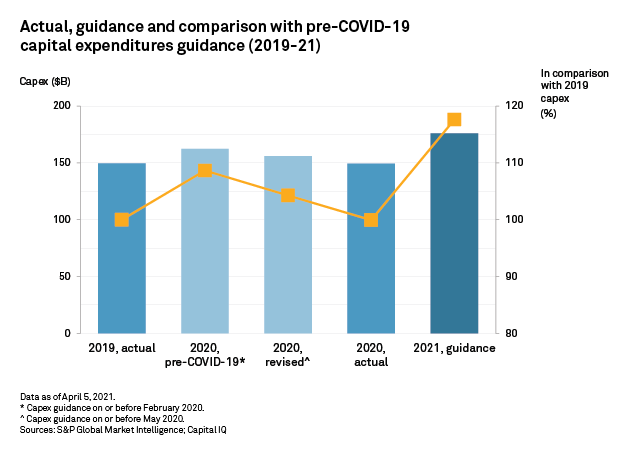 S&P Global Market Intelligence’s new report highlights the significant impact the pandemic has had on capital expenditure in 2020. The year was a complicated one, with projects shutting down temporarily, and licenses for new mines suspended until the lockdowns began to ease around the world.

Despite it all, the mining industry has fared well and continues to forge ahead with minimal disruption. However, the report found that among more than 400 mining companies examined, capital expenditures dropped 8% in 2020 when lockdown forced projects to stop work, and global supply chains began to crack under the dual pressures of shifting demands and lower production.

The first quarter of 2020 held some optimism for the year. The miners’ group forecasted a capex YoY increase of 9% to $162 billion. By the beginning of the second quarter, expectations had been revised and the spending plans reduced 4% lower to reflect the coming changes. Still, this would represent an increase for the year before, as no one had anticipated the length of the lockdowns or the severity of the pandemic.

In the end, total capex for 2020 came in at $149.5 billion well below forecasts, but arguably strong considering the harsh mining environment of the year and the fact that global economic confidence was sucked out of the air faster than an airlock for a spaceflight.

A Realistic and Optimistic Outlook for 2021 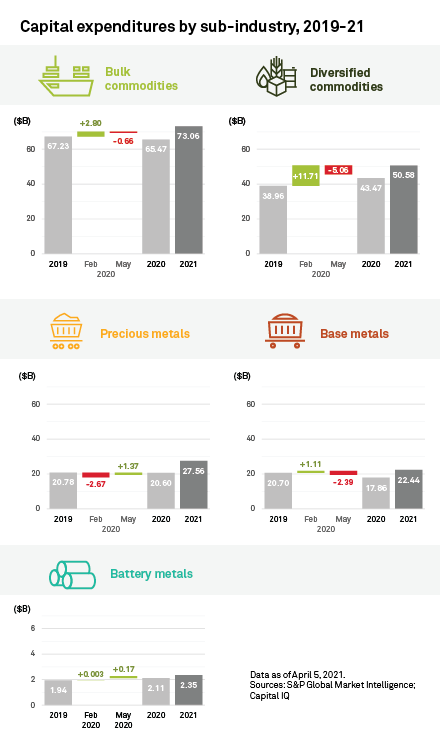 As projects were put on hold last year and confidence dropped off a cliff, mining companies needed to revise their expectations. Now that the situation is improving rapidly, companies are ramping-up their activity. Positive outlooks are not hard to come by for miners as strong prices for metals and minerals continue to push commodity prices higher, boosting profits.

The Rich Get Richer

The Eastern Hemisphere is leading the recovery right now, particularly China and Australia. The influx of capital expenditures won’t be balanced across metals companies or metals either. Precious metals companies are expected to spend the most, and increase their capex by over a third compared to 2019. The biggest spenders will likely be the usual suspects including Newmont (NYSE: NEM) (TSX:NGT) and Gold Fields (JSE:GFI) (NYSE:GFI).

Large cap mining companies are always the first to jump into new projects with high capitalization levels and strong cash balances on hand. Most of these companies will recover stronger and faster, and S&P expects that companies with a $50 billion+ market cap will surpass their smaller peers for both forward guidance and spending. This would exacerbate the trend of the winners taking all, and the biggest players consolidating their gains and building on them. The largest market cap group is expected to spend 51% in 2021 compared to 2019, and the next three groups of companies expected to keep similar levels to 2019, averaging 12%, although they would be increasing their spending from 2020. 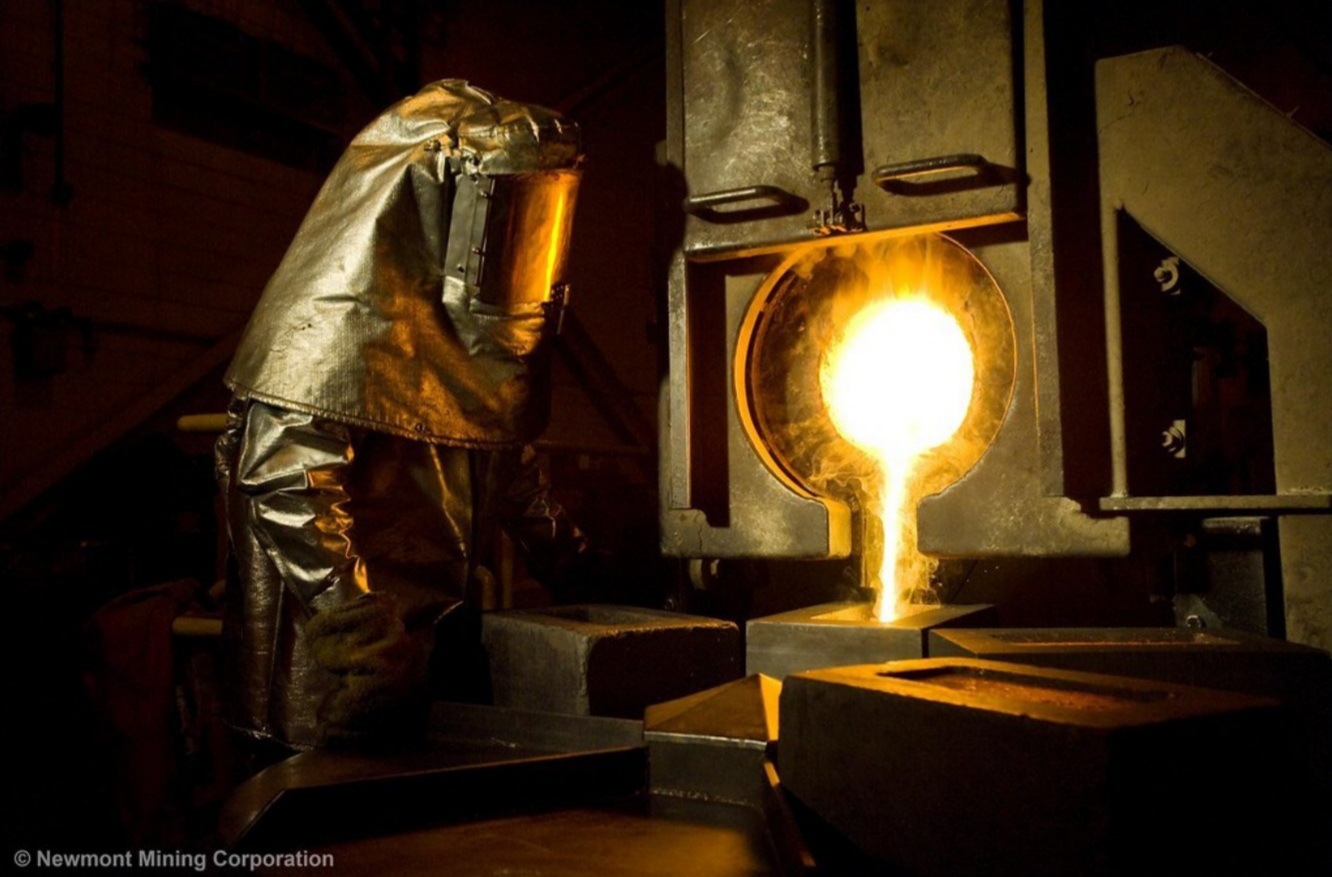