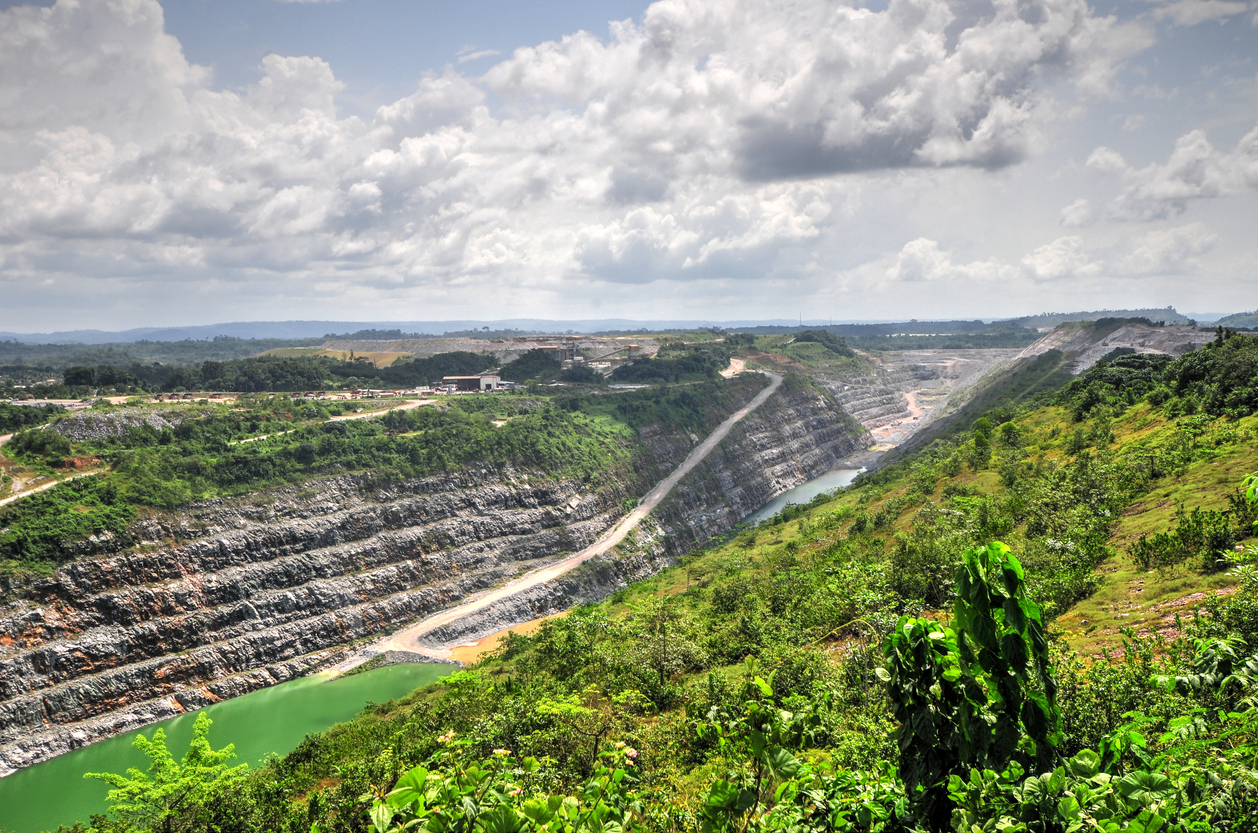 Asante Gold (TSXV:ASE) has announced it has begun operations at its processing plant at the Bibiani gold mine, located in Ghana. The mine was acquired in 2021 from Australia’s Resolute Mining (ASX:RSG) and will now become a 24-hour operation once a trial period is completed. The company will conduct a 14-day evaluation period so it can control and calibrate all the operating systems and align any critical equipment “under full load”.

Production goals for the mine include 175,000 ounces of gold for the first 12 months, increasing to 220,000 ounces annually in the second year, and finally 200,000-255,000 ounces annually from the third year to the eighth year. The past-producing mine has a mining program in place, currently with material movement at six million tonnes per month and with the expectation of a first gold pour by the third quarter of 2022. Asante Gold continues to incorporate stakeholders in the project, with strong ties to the country. Ghanaian citizens have a significant shareholding of the company and have roles on the board and in executive positions.

President and Chief Executive of Asante Dave Anthony commented in a statement: “We are pleased that our refurbishment efforts at the Bibiani Gold mine have been delivered ahead of schedule.”

Thanks to a feasibility study conducted by Resolute Mining and released in 2018, Asante understands it has the potential to produce 100,000 ounces of gold annually with a ten-year mine life. The all-in sustaining cost for production would be $764 per ounce.

Ghana’s gold mining industry has seen a revival in recent years, with new projects such as the Obuasi mine coming online. The country is Africa’s largest gold producer.

This project is not just a positive step for Asante, but for all shareholders and stakeholders. The company has taken a collaborative approach to its work in Ghana, bringing local communities and Ghanaians from around the country into projects and involving them in the process for the best possible outcomes.

Australian gold mining company Resolute mining Ltd announced they would be selling its entire Bibiani Mine in Ghana to Canada’s Asante Gold Corp for $90 million US dollars. The agreement was announced on Thursday that Asante Gold would purchase 100 percent of the shares in Mensin Bibiani Pty Ltd as they expressed interest in owning the full Bibiani mine in Ghana.

According to a statement from Asante Gold, it is anticipated to be completed within the following ten days post announcement.

The agreement has been approved by the Ghanaian Honourable Minister of Lands and Natural Resources along with Ministerial Consent.

This sale between Resolute mining and Asante Gold is just months after China’s Chifeng Jilong Gold Mining dropped out of a deal to purchase the Bibiani mine. This was due to a lack of information regarding a termination of a mining lease.

The $90 million payment will be completed in three stages, with $30 million being paid out at each step. Once upon the initial purchase, on or before six months after the deal is completed, and on or before 12 months upon completion.

In the same statement from Asante Gold, Mr. Stuart Gale, Resolute’s Managing Director & Chief Executive Officer, said, “Resolute has made a commitment to deliver sustainable and enduring value to shareholders and to the communities in which we operate. Resolute is proud of its contribution to Ghana and particularly proud to have the opportunity to transfer ownership in Bibiani to a highly regarded team with strong ties to Ghana. I would once again like to reiterate my sincere gratitude to the Minister for his leadership, sense of integrity, and collaboration with Resolute and Asante to achieve a mutually beneficial outcome for all parties. Similarly, Resolute would like to acknowledge the significant contribution made towards this outcome by the Ghana Minerals Commission. I am confident that Resolute’s positive legacy in Ghana, and the interests of all stakeholders in Bibiani, will be protected and enhanced under Asante’s ownership.”

Gale also added that the initial $30 million would be applied for the voluntary repayment of debt.

Resolute Mining Ltd has more than 30 years of experience in successfully exploring, operating, and developing mines in Africa and Australia. They have mined over 8M oz of gold and currently operate the Syama Gold Mine in Mali and the Mako Gold Mine in Senegal.

Asante Gold is Africa’s largest and safest gold producer; they are strictly a gold exploration and development company. Ghana’s largest underground mine has developed 24M oz of gold resources and reserves over the years. Asante is also exploring new projects and discoveries near the centre of Ghana’s Golden Triangle.

Asante’s President & CEO, Mr. Douglas MacQuarrie, explained in the same statement that the Bibiani mine has essentially not been taken care of properly since Ashanti Goldfields dropped the project back in 2006. He is excited for the team to “achieve near-term economic returns on this very long-life asset.”

“Resolute has reported in their Bibiani Feasibility Study Update (see ASX Announcement dated 13 July 2018) 2.5 Moz (21.7 million tonnes grading 3.6 g/t) of gold in current JORC resources, and Asante has recognized additional exploration upside opportunities, both from the near surface and underground targets. It is Asante’s intention, as far as is reasonably practicable, to continue building on the excellent base which Resolute has established through its recent 50,500 metres of drilling.”

MacQuarrie also added, “Asante is already exploring on-site and building the management and operations team with a view to bring the Bibiani mine back to production within the next year. Further discussions are underway to fully fund the acquisition and its development using non-dilutive financing.”

The Bibiani mine in Ghana is historically significant and has produced 4 million oz gold in the past. Both Resolute and Asante are committed to a smooth transition in the ownership of the Ghana mine. Asante also announced future plans to co-list shares on the Ghana Stock Exchange.