Nickel prices have been trending downwards in recent years, reaching a four and a half year low in December 2013. Since the turn of the year though, that trend has reversed and prices have risen over 47% since January – more than any other base metal on the LME. Given the current good global supply; we must ask ourselves – what is happening to nickel prices?

Demand for nickel has grown significantly in the past 20 years, and is generally linked with economic development. Economic growth drives higher demand for stainless steel of which nickel is a key component, with stainless steel manufacture making up half of all nickel use.
As it takes several years to invest and launch new capacity, the industry is slow to respond to demand changes. In addition, the nickel mining process has become more expensive over time as existing mines become less productive and new sites need significant investment to be developed and connected to the global infrastructure network through new rail lines and shipping routes.

After reaching a record high of more than USD 50,000 per tonne in 2007, nickel prices fell dramatically in the following two years as the global economy suffered through the financial crisis since in 2007/08, and prices reached USD 10,000 per tonne by the end of 2008. Demand and prices rose again in 2010/11, driven by improving expectations of global economic recovery, especially in China, which has become the most important demand driver in recent years. This strong growth in demand was partly driven by the economic stimulus launched in China in 2009 to support economic growth.

Asia as a region is now responsible for 65% of global nickel demand, with China alone accounting for close to 44%. China’s share of global nickel imports have grown from 4% to 18% since 2001, as the country’s infrastructure investments raised demand for metals, such as stainless steel.

How supply responded to demand

Nickel production grew strongly until 2007 reaching 1.4m tonnes, supported by rapid global economic growth. Growth in supply was driven by expansion in China, particularly due to the commercial development of nickel pig iron (NPI) which was introduced in 2005. NPI is a cheaper alternative to pure nickel as it makes use of lower grade ores than the traditional nickel production process and is primarily used in the production of stainless steel. NPI production grew slowly in the first few years, but by 2011, it was estimated at around 250,000 tonnes. Commercial NPI production requires low cost nickel ore, cheap coking coal and cheap electricity, a combination that is available in China but not in other parts of the world. China’s NPI production is primarily used domestically to replace traditional products like nickel metal and stainless steel scrap, and so reduces nickel import demand.

Between 2001 and 2011, several other nickel facilities were started, including in Brazil, Madagascar, Myanmar and New Caledonia. Although production fell significantly during the economic downturn in 2008/09, to 1.3m tonnes, production then recovered and reached 1.6m tonnes in 2011.

This expansion in global capacity exceeded the growth in demand and by the second half of 2013, nickel prices had fallen to below USD 14,000 per tonne. This price level had not been seen since 2009 and was estimated to be 30-40% below the cost of production. As a result, production output was reduced by roughly 30%, leading to a drop in supply.

What is behind recent strength in price?

In recent months, prices were further boosted by issues in Russia, home to the world’s top nickel-producing company MMC Norilsk Nickel. Ongoing tension between the west and Russia over the political crisis in Ukraine and the resulting sanctions introduced by the US and EU against Russia have led to concerns about disruptions to supply if the situation continues.

Looking ahead, the current rate of price rises may not be sustainable. Global inventories were at record high in March – 285,000 tonnes – as a result of the years of growing supply. Even so, it is likely that the average price seen in 2014 will be higher than in 2013.

Global demand for refined nickel is projected to increase by 6% in 2014 driven by the improving economic outlook in major consuming countries, such as US and Japan, and increasing consumption in smaller markets, such as Brazil. In addition, new stainless steel production capacity is coming on stream in 2014, which will also raise demand for nickel. Global production is expected to be steady or decline in 2014, as the low prices in 2013 resulted in the closure of some production facilities.

The most influential factor on price will be how producers respond to the Indonesian ban on nickel ore exports. In anticipation of the ban, importing countries such as China, built up stocks of nickel ore and metal. Even so, supply is likely to tighten towards the end of the year, as stocks are worked through. 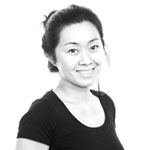