Ucore Rare Metals [TSX-V: UCU] / [OTC: UURAF] continues to make confident strides in the commercialization of its Molecular Recognition Technology (“MRT”) platform, contained in an enterprise to be co-owned between Ucore and IBC Advanced Technologies, Inc. Key to the enterprise is that it has exclusive rights to deploy the entire SuperLig®/MRT catalogue of metals separation products to monetize tailings applications anywhere in the world, in addition to mining and recycling applications in the REE and PGM sectors.

With over 60 SuperLig® products already developed for a wide range of metals, the opportunity is a large one, and Ucore is pursuing a technology licensing plan to get MRT in to the maximum number of applications. Diverse applications include inserting MRT directly into operating facilities (and/or bolting MRT onto the back-end waste handling function), recycling, remediation and, “urban mining,” which entails separating high-value metals (“HVMs”) such as Heavy REEs, PGMs, lithium, cobalt and tungsten.

There are a handful of mission critical REE, green energy & high-tech metals that could become difficult to reliably secure under certain adverse circumstances. Some examples from my review of various (mostly government agency) reports, the REEs dysprosium, yttrium, erbium, europium, terbium pop up a lot. Oil was of crucial importance in last century’s wars, will electric battery components and REE be this century’s show stoppers? It’s no secret that in addition to an insatiable need for various REE, the U.S. Department of Defense (“DOD”) is front and center in the analysis and adoption of EVs for military, national defense, homeland security & communications activities.

In addition to its broader vision to license MRT technology in to multiple metals sectors, Ucore has a near term agenda focused on accessing some of the highest demand HVMs in the U.S. On November 15th, the Company announced it has engaged in planning & development of a Strategic Metals Complex (“SMC”), capitalizing on the MRT platform developed for the recently completed SuperLig One pilot plant in Salt Lake City. The SMC will be a commercial production plant designed to separate feedstock containing critical rare earth elements /metals (“REE”) (e.g., dysprosium, neodymium, terbium), and PGMs (rhodium, palladium & platinum).

This is proof that Ucore is ready to roll, detailed engineering work is well underway. Initial feedstock is expected to be sourced from, “recycling, swarf and tailings-generation partners in the automotive and REE permanent magnet industries.” Ucore technology partner IBC has extensive experience in this area, for instance in PGM applications used successfully by operators such as Impala Platinum in South Africa. The potential economics for MRT plant placements are impressive. Based on my experience with similar licensing platform agreements, annual royalty fees of between 2% and 5% are fairly common. That, and an upfront licensing fee, plant design & maintenance fees, and recurring revenue from the sale of proprietary materials and services. In my opinion, mandates with large companies like Teck Resources (NYSE: TCK) could easily have Net Present Values in the tens of millions of dollars.

“Our pilot facility provides a blueprint for construction of a new generation of SuperLig® separation facilities to add to already-existing MRT installations around the globe.  This Strategic Metals Complex represents not just a transition by Ucore towards near-term production and revenue, it represents a reaction to a very real domestic need for high-purity energy metals.  In turn, the SMC represents a significant progression for Ucore, capitalizing on the innovative design of SuperLig®-One, and leveraging this platform in to full scale production.” 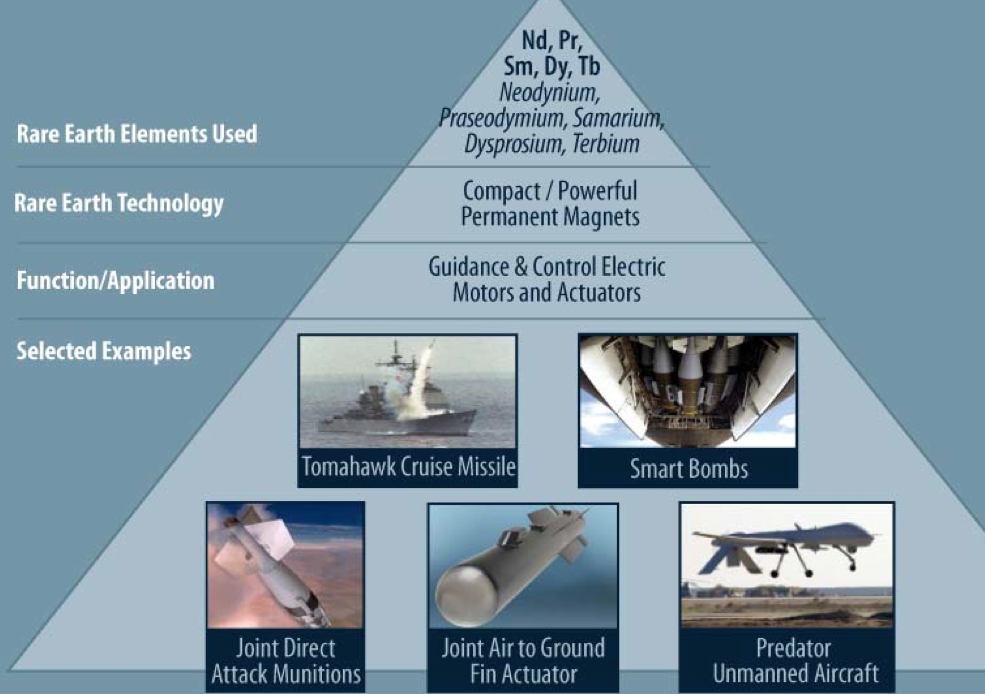 My interest in Ucore is reinvigorated.  Simply stated, MRT is faster, less energy intensive, generates fewer emissions and waste, does not use solvents or toxic chemicals, has a smaller surface and environmental footprint, requires less cap-ex and will enjoy lower op-ex.  Now here’s where things get more interesting.  While an important theme underpinning Ucore remains the same, I believe it takes on new urgency with the election of Donald Trump.  That theme being– Security of Supply of indispensable REE and critical green energy / high-tech metals.  Few may realize that China not only controls, but completely dominates, the global supply of rare earth oxides, includes mining, processing & refining.

It’s reported that over 95% of pure, separated REE produced last year were in China, REE in the hardware and software applications enabling National & Homeland Security and the capability of conducting both offensive and defensive military operations.

In addition to the paramount importance of knowing where one’s electricity, food & water come from, and the risk of supply disruptions therein, knowing which REE and other HVMs our modern society cannot live without, is necessary and prudent.  In World Wars I & II, people knew exactly which materials were essential to the war effort, tin, rubber, aluminum & steel, among others…. Does the West need to enter into a “hot” war to learn which metals are in fact critical?

Which critical metals will be most vulnerable to steady, secure supply to the U.S. DOD and DOE?

Am I being alarmist with the talk of WW III?  Perhaps, but no matter what the future holds, I think that Ucore Rare Metals is well positioned to thrive in a world becoming more dangerous and more dependent on technology, with no end in sight.  Investment funding for companies like Ucore are increasingly becoming available, for example this “Innovation Summit” organized by “America’s largest angel investment fund, representing over $2.5 billion in early-stage, high-risk technology funding...” 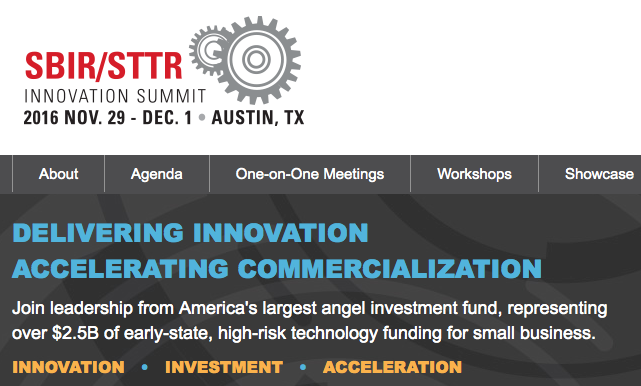 Regardless of what readers think of Mr. Trump, he has explicitly stated things that favor larger military budgets.  Without further commentary, here is what he has said, 1) Japan and Korea should strongly consider defending themselves 2) western Europe is not paying nearly enough for the military protection provided by the U.S. 3) given items 1, & 2, the belief that the military has been meaningfully underfunded and is in desperate need of a face lift.  In addition to National Defense considerations, remember that Trump is gunning for China as well.

A larger U.S. military budget correlates well with larger military expenditures around the world.  That’s why a group of 6 well known military and homeland security stocks including Raytheon (NYSE: RTN), Lockheed Martin (NYSE: LMT), Harris Corp (NYSE: HRS) L-3 Communications (NYSE: LLL), Rockwell Collins (NYSE: COL) and General Dynamics (NYSE: GD) is up 15% since November 8th, vs. the S&P500, up 4%.  Why should it be any different for Ucore, on the leading edge of new, green, high-tech platforms that will shape global geopolitics and our technology paradigm for decades?

Finally, readers might recall that President-elect Trump said he will designate China a “currency manipulator,” and slap a 45% tariff on Chinese imports.  Given that country’s giant pile of U.S. Treasuries, and its control and utter dominance of all things REE, a trade war with China could be a dangerous undertaking.

As has been reported in detail by Ucore, REE and hard to replace or substitute HVMs are essential ingredients in a large and growing number of DOD & Department of Energy (“DOE”) applications, not to mention in mining and industrial settings.  Also contained in prior Ucore press releases is evidence that its MRT platform has been proven and independently verified, at pilot scale and ready for production scale in the near future.

What makes MRT superior to other proposed solutions?  Relying heavily on last century’s separation technologies like solvent extraction is an ill-advised and increasingly non-viable strategy, especially in China.  It’s impossible to ignore the horrendous air and water pollution, perhaps the worst on the planet, in Chinese cities.  Not only is China de-emphasizing coal and going all-in on nuclear power, it already leads the world in wind and solar power and the electrification of its transportation sector.  MRT is not only greener, it will deliver desperately needed security of supply to global end users, especially in the U.S. 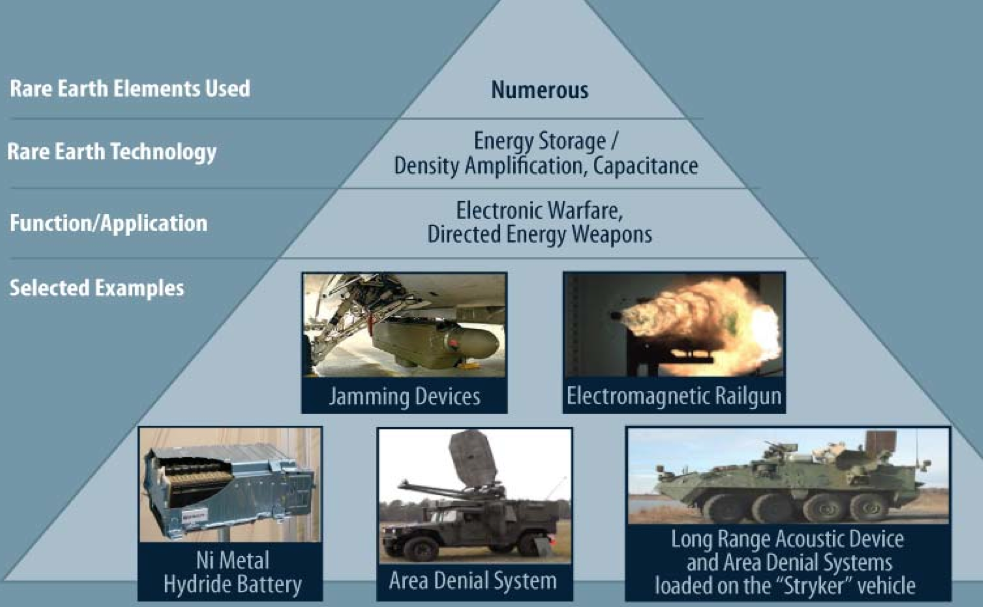 Just-in-time processing and supply chains are the norm.  Turning complex facilities and integrated systems off, and on, is time consuming, costly and introduces unnecessary operating risks.  It’s alarming that U.S. agencies, both inside and out of the DOD, not to mention powerful industry trade associations, have failed to address this critically important issue.  The ongoing failure to obtain some semblance of security of supply is a clear and present danger.

The implications for REE mining and production outside of China, are profound.  Ucore Rare Metals [TSX-V: UCU] / [OTC: UURAF] is in a prime position to 1) benefit from higher REE & HVM prices 2) be part of the solution of the rallying cry for security of supply, and 3) address increasing demand for products and technologies that accelerate the game-changing shift away from fossil fuels.

All roads lead to greater use of select metals like the ones mentioned, but also greater use of metals that galvanize steel and can be used in next generation alloys.  However, perhaps most important to recognize, is that some of the REE/HVMs most in demand and most difficult to secure in the future, might not be on anyone’s radar screen today.  That’s why the flexibility afforded by over 60 SuperLig® products embedded into Ucore’s flagship enterprise with IBC on MRT is an increasingly important and valuable asset.