Gold took a kicking over the long weekend. It had moved too far too fast, was overbought and needed a correction. But that’s all it is, IMO.

I don’t use a lot of technical indicators, but every once in a while you find one that seems to work. In gold, it’s the 50 week moving average. Why does it work? Only a complete moron would spend more that one second contemplating that question. Probably it works because everyone thinks it does. There are no reasons for these things. 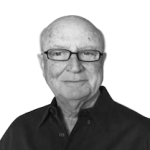