Solaris Resources (TSX:SLS) (OTC:SLSSF) continues to forge ahead at its flagship Warintza project in Ecuador; maiden drilling has begun at its Warintza East site. Located approximately 1km east of Warintza Central, it is one of five main targets with a 7km x 5km cluster of porphyry targets at the property. With a similar expression at Warintza Central, Warintza East is set to become another fruitful exploration site for the company.

Solaris (TSX:SLS) (OTC:SLSSF) has also defined a major copper porphyry target at Yawi after continued processing of geophysical and geochemical data. This extends the strike length of the Warintza cluster of porphyry targets to 7km, a massive bump in the potential for the project. Listed below are some of the highlights from the recent results and accompanying press release:

The Warintza East site is the new frontier in the expanding Wartinza Project that continues to return positive assay results from its drill program. Located one kilometre east of the main Warintza Central site, East sits at a slightly lower elevation, with the target being defined by overlapping copper and molybdenum soil anomalies associated with an underlying high-conductivity anomaly. Warintza East’s first hold was collared in weathered porphyry uncovered by earthworks. The discovery was made during drilling platform construction.

Experts Agree; This is “A New Era for Solaris” (TSX:SLS) (OTC:SLSSF)

Mining engineer Lennin Munoz, commenting on the beginning of drilling at Warintza East, said, “For me, this is driving a new era for Solaris. This reflects what you get when you are in a porphyry cluster area; your targets will come and come. The upside is clear in all directions. The byproducts trend in Yawi’s direction is confirmed with these anomalies.”

Additionally, Solaris (TSX:SLS) (OTC:SLSSF) has identified a high-potential target at Yawi through the processing of geophysical data covering the 5km strike of the Waintza porphyry cluster known at the time. The geophysical anomaly appears to be an elongated lobe on the easter boundary of the area. Once coverage was extended more to the east, stream sediment sampling has more than doubled the size of the anomaly, defined the target area, and created an exciting development for the future of the drill program. Yawi field crew are not completing additional sampling and reconnaissance work for confirmation and to select specific locations for initial drill testing.

Vice President of Exploration for Solaris Resources Jorge Fierro commented: “We are very excited to commence the first-ever drilling at Warintza East, targeting the third major copper porphyry discovery within this richly-endowed but underexplored property. In addition, further data processing has revealed a much more extensive porphyry target at Yawi than previously understood with additional sampling now underway.”

Positive Results Continue to Flood In

The commencement of maiden drilling on top of recent positive assay results from the Warintza Central site has continued to push the stock higher. Thirty-one holes have been drilled at the Warintza Central site, with promising results having been reported for 22 of those drill holes. The new first hole at Wartinza East (SLSE-01) now aims to explore the new anomaly that extends continuously from Warintza Central to the target in the east. 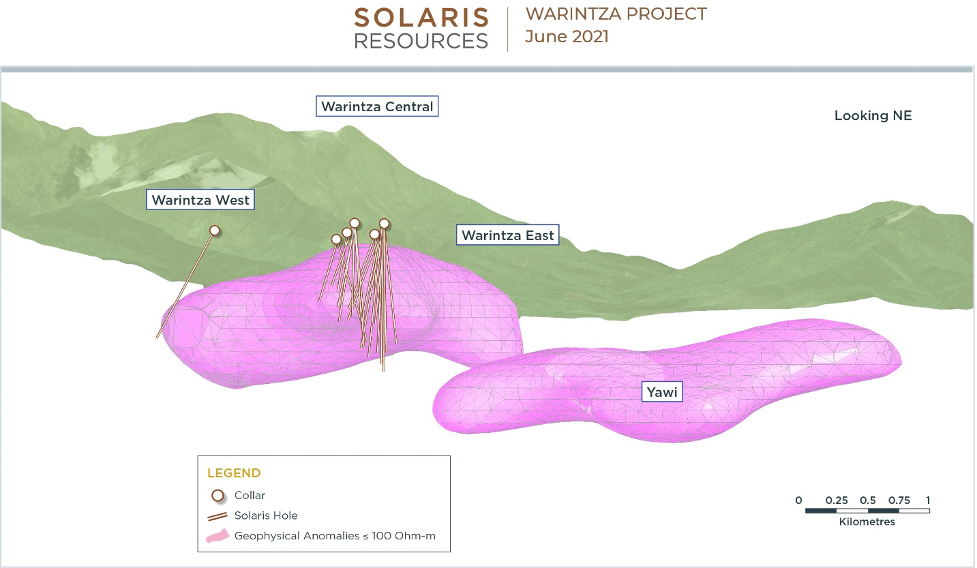 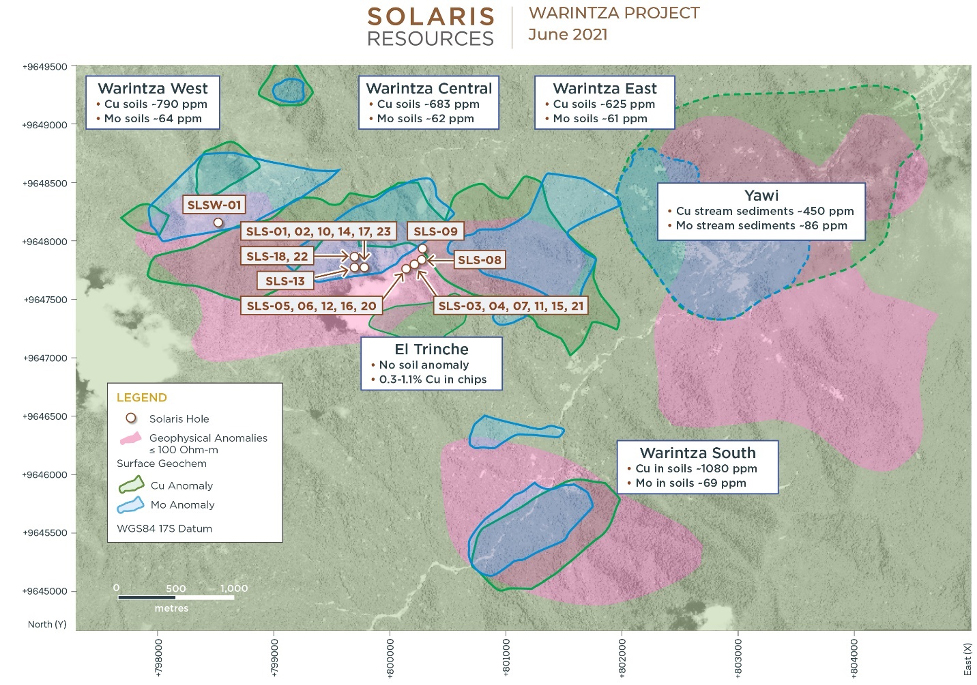