New assay results were reported this morning from ongoing resource expansion drilling at Solaris Resources Warintza Project. The company is reporting that the additional drill holes have extended the strike length, a consistent, high-grade mineralization, and a ramp-up of drilling activities as the weather continues to improve.

“Our latest drilling has continued to expand the footprint of Warintza Central toward our goal of defining a large, high-grade, open-pit resource. With these holes, the drilled strike length has grown to the east beyond the original limits of planned resource drilling and remains open toward Warintza East, where results of maiden drilling are expected soon.” – Mr. Jorge Fierro, Vice-President of Exploration at Solaris Resources 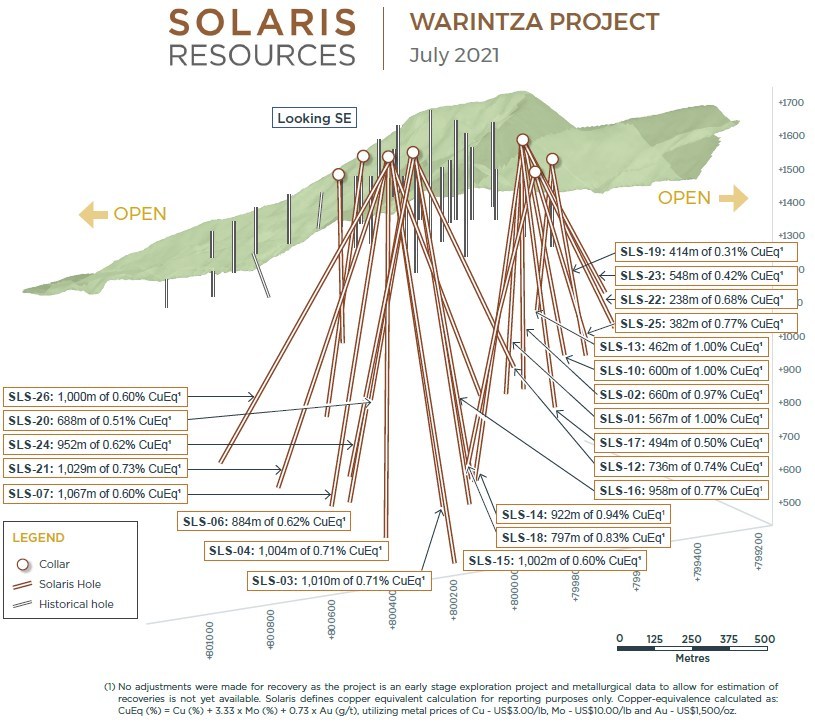 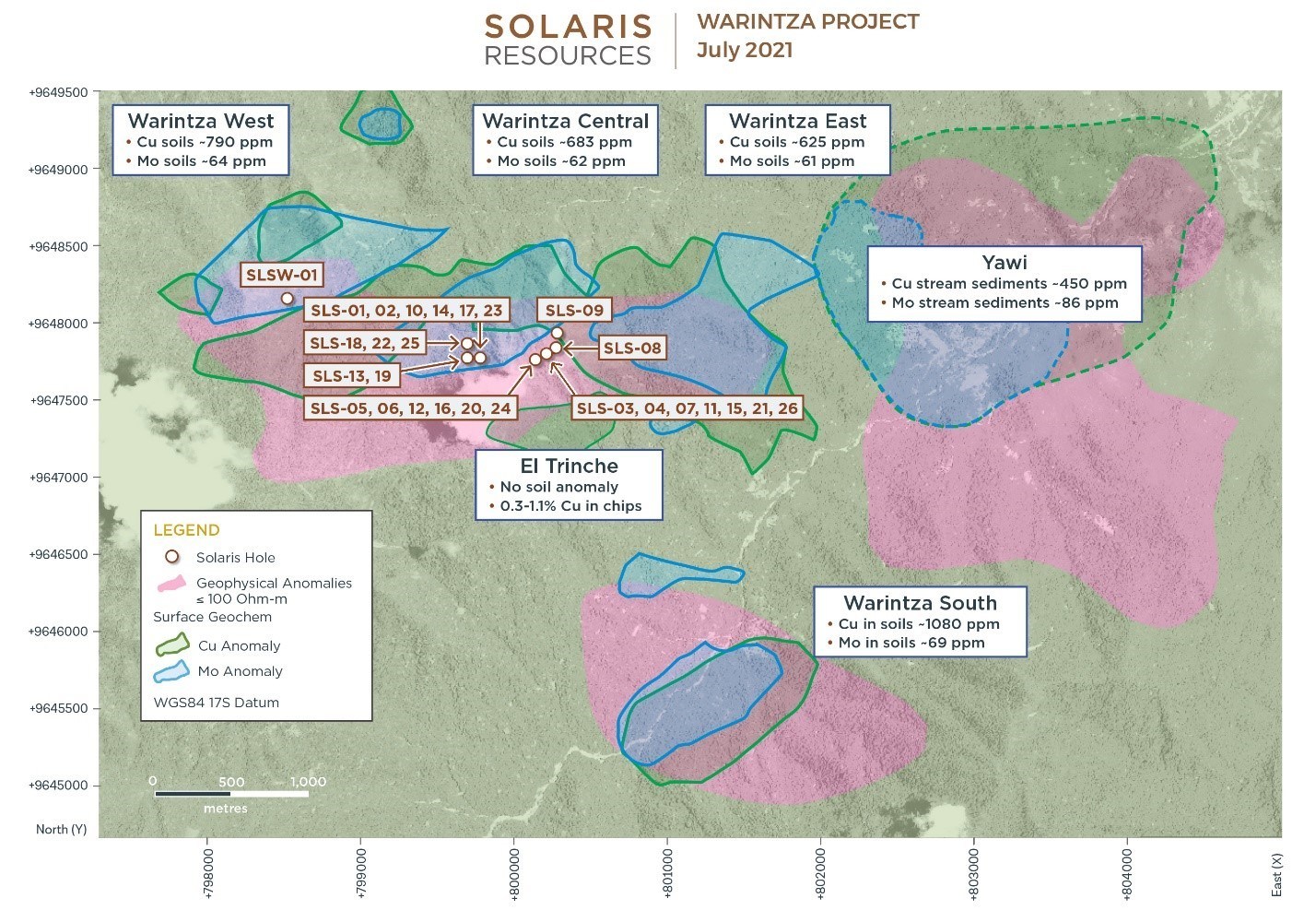 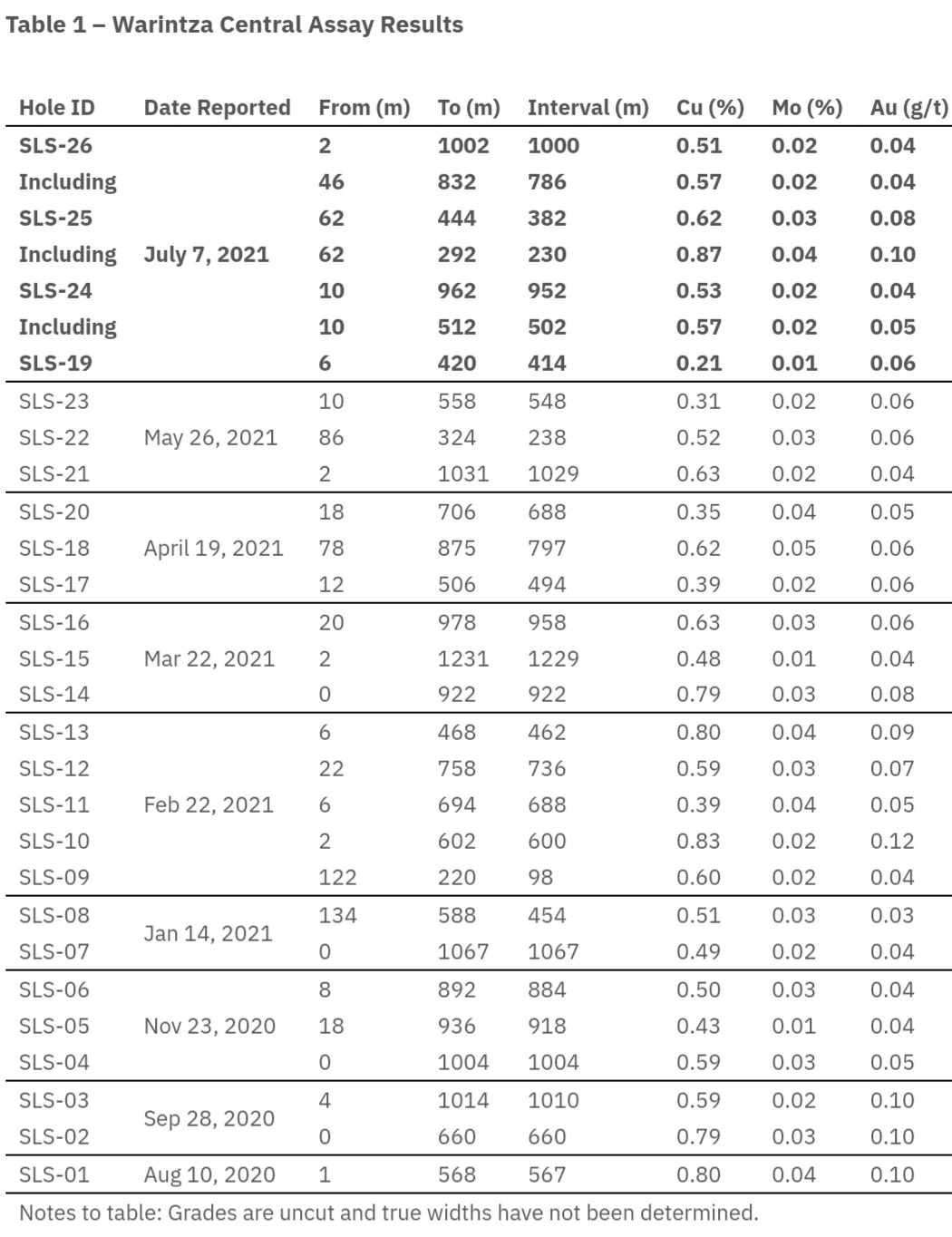 Advancing copper projects across the Americas, Solaris is advancing quickly, particularly at its flagship Warintza Project in southeastern Ecuador. The company also boasts its Tamarugo and Ricardo projects in Chile, the Capricho and Paco Orco projects in Peru, and 60% of the La Verde joint-venture project in Mexico with Teck Resources. Warintza is located 85km east of Cuenca in a mainly rural part of the Cordillera del Condor. The area is an inland mountain range that forms the border between Ecuador and Peru. The area is a copper-rich territory, with Ecuacorriente also operating the Mirador mine 40km north of Warintza.

The property comprises five main targets with a 5km by 5km cluster of copper porphyries identified on the property so far. With key targets at Warintza Central, Warintza West, and Warintza East, there are plenty of opportunities for positive reported results. Drilling at Warintza East began this year, and the company expects to report results sometime in the coming quarters of 2021.

With other undrilled regional targets still available to the company, Warintza is by far the only project in the company’s sights. It is exploring multiple properties simultaneously to distribute resources and effort.

The Warintza project discovery was made in the early 2000s by legendary mine finder David Lowell, who discovered 17 major mineral deposits over his lengthy and storied 50-year career. One of his major discoveries, the largest copper deposits in the world La Escondida in Chile in 1981 was a launchpad for an illustrious career discovering some of the most mineral-rich deposits in the world. Warintza is set to become another accomplishment for the late Lowell, as Solaris Resources continues to advance the project.